The Fermi paradox is one of the most puzzling problems in science. Could solar eclipses have anything to do with it?

It took Enrico Fermi, a giant of 20th-century physics, just three words to brutally expose a troubling fact about the universe: where is everybody? Fermi’s question — generally referred to as the Fermi paradox — highlights an awkward contradiction between a key astronomical principle and a key astronomical observation. The Copernican principle states that there is nothing special about the earth’s place in the universe. Fundamentally, the universe is the same everywhere. Given that our solar system has produced an intelligent and curious species capable of reaching beyond our home planet, the cosmos should be full of intelligent and curious life. The problem is that we observe no evidence of this: the universe is utterly silent.

There is no shortage of potential answers to the paradox. Stephen Webb, the author of “Where is everybody? Seventy-five solutions to the Fermi paradox and the problem of extraterrestrial life” (Springer, 2015), arranges them in three groups. The first group is labelled “they are (or were) here” — Webb remarks that these tend to be the most popular explanations among members of the public. The second group is “they exist, but we have yet to see or hear from them,” for a variety of technological, practical and sociological reasons. The final group is “they don’t exist”: maybe there is something special about the earth after all.

The rare earth hypothesis suggests that the development of complex life depended upon a labyrinthine set of physical, chemical and biological circumstances that may be vanishingly rare within the universe. For instance, the earth’s moon is unusually large in terms of size relative to its parent planet. This has a number of consequences, the most important of which is stability. The earth is tilted — this is what gives us our four seasons — and the tilt angle has been more or less constant for hundreds of millions of years. Without our big moon acting as a gravitational stabiliser, the earth’s tilt would have varied chaotically, leading to wild swings in surface temperature that would have hindered the development of complex life. 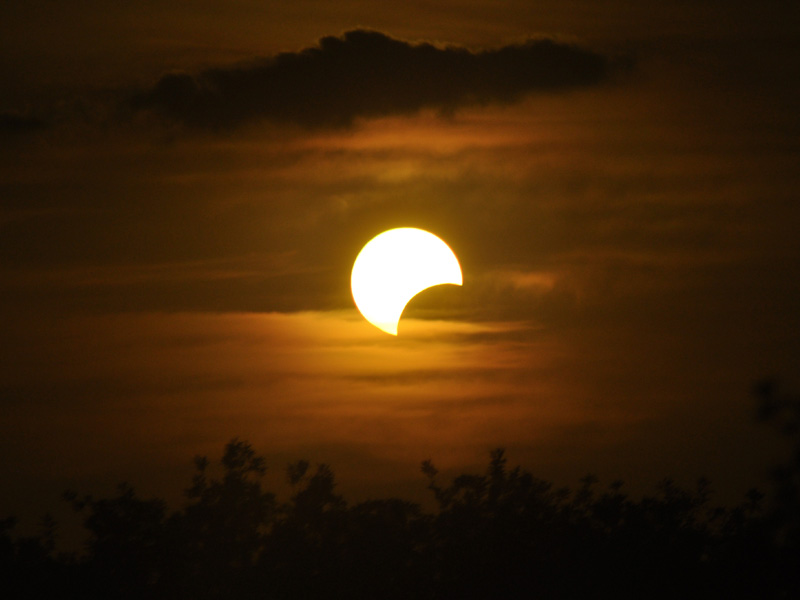 Among the more elaborate rare-earth factors is one suggested by physicist John G Cramer. According to the punctuated equilibrium model of evolution, most evolutionary changes take place during crisis periods. An example is the Cretaceous catastrophe, when an asteroid ended the reign of the dinosaurs and opened up ecological niches for mammals to fill. The fossil record indicates that the average time between these crisis periods is about 20 to 30 million years.

Where does this rhythm come from? Cramer points to a gap in the asteroid belt known as the 3:1 zone. An asteroid that wanders into this zone has an orbital resonance with Jupiter, and its orbit becomes unstable. Eventually, it is ejected from the asteroid belt altogether — with a possibility of striking the earth. Cramer speculates that these asteroids create the 20-to-30-million-year rhythm that produces the punctuations shown in the fossil record. He calls it the pump of evolution. By chance, the solar system is arranged so the pump runs at the perfect speed for “blasting species out of their niches and weeding nature’s garden at just the right time to promote improvement.”

In the same spirit of speculation, I wonder if the rare earth hypothesis could be taken one step further. Does the earth have some unique ingredient that enabled not only the development of complex life, but also the development of intelligent and curious life? After all, it is not biological complexity per se that has led to humans reaching beyond our home planet, or pondering questions such as “where is everybody?” As Daniel C Dennett, a philosopher and cognitive scientist, has observed, searching for explanations is a central feature of our species. Where does our sense of curiosity come from? As an exercise in fun speculation, I propose it could have been influenced by two rare-earth factors.

Another unusual thing about the moon’s size is the way it contributes to a remarkable mathematical coincidence. The moon is 400 times smaller than the sun; it is also about 400 times closer to the earth. This means that, although their actual sizes are vastly different, the moon and the sun are the same size when viewed from the earth. Since orbits are elliptical rather than circular, the ratio of the distances is continuously changing: sometimes the moon appears fractionally bigger than the sun, sometimes it appears fractionally smaller.

The result of this coincidence is the phenomena of total and annular solar eclipses. A total eclipse occurs when the earth, moon and sun are exactly aligned, and the moon is bigger than the sun. During totality, the moon covers the sun’s bright central disk completely, revealing the ghostly solar corona (the sun’s outer atmosphere). An annular eclipse occurs when the same alignment takes place, but the moon is smaller than the sun. In this case, the sun forms a dazzling annulus (ring) around the moon.

Total and annular eclipses are known as central eclipses (because the central part of the moon’s shadow strikes the earth). The perfectly balanced geometry of the earth-moon-sun system means that a central eclipse is only observable from a tiny part of the earth’s surface. As the moon’s shadow sweeps across the earth, it creates a path of totality or annularity that is thousands of kilometres long, but only about 100 kilometres wide. There is a second coincidence that adds to the intricacy of eclipses: the moon’s orbit around the earth is tilted. This means that the earth, moon and sun do not fall into alignment every month; in some years there are no central solar eclipses anywhere at all on the earth. Astronomer and mathematician Jean Meeus has calculated that on average, a total or annular eclipse occurs every 140 years for any given location on the earth’s surface. In practice, however, the frequencies are highly irregular.

What are the consequences of a central eclipse? As far as the earth and the environment are concerned, there are no lasting effects. Although there are dramatic short-term changes in the levels of light, temperature and humidity — and although these can produce a striking range of reactions from plants and animals — the environment quickly returns to its normal state. Yet a central eclipse has extraordinary consequences for humans. As Annie Dillard, an author, wrote in a celebrated essay: “If I had not read that it was the moon — if, like most of the world’s people throughout time, I had simply glanced up and seen this thing — then I doubtless would not have speculated much, but would have, like Emperor Louis of Bavaria in 840, simply died of fright on the spot.”

The story about Emperor Louis is an exaggeration: he actually died shortly after the total eclipse of 840. But the fact that this legend has survived for over a thousand years demonstrates an important point: eclipses have had a colossal impact on humans and human culture, particularly in the past.

Let us now go back to the far distant past, to the stage in human development where, in the words of Dennett, we began to “find it appropriate to describe the reasons why some things are arranged as they are.” This was a world of regularity and repetition: sunrises and sunsets, predators and prey, and so on. Even earthquakes and volcanoes are routine events in the parts of the world where they tend to occur. Dennett notes that “too much regularity in the selective environment can be a trap.” In a setting where novelty remains below a certain threshold, brains may never receive the stimuli they need to begin forming the concept of explanations and reasons. Central solar eclipses on the other hand, would have presented human brains with novelty on a scale unlike anything else in nature.

Stephen J Gould, one of the pioneers of the punctuated equilibrium model of evolution, argued that the same model — long periods of stability, interspersed with irregular bursts of change — can be applied to many fields, including human learning. Could total and annular eclipses have acted as a pump of curiosity for early humans? Crucially, they occur at what might be an ideal frequency. If they occurred more frequently, they would have become routine events, and not provided sufficient novelty to stimulate the brain. If they occurred less frequently, they would not have provided enough stimuli to different communities, at different times, to kindle the first flames of human curiosity.

We can safely say that eclipses are not rare in the universe. But the perfect solar eclipses we experience on earth, where the moon and sun combine in spectacular fashion every couple of centuries or so, may be exceptionally rare. Even if these eclipses are one among many factors that led to the development of curiosity, it means that a key human trait is partly a consequence of two things that are nothing more than coincidences: the ratio of the moon’s and the sun’s diametres is the same as the ratio of their distances, and the moon’s orbit is tilted. If such a combination of coincidences is rare within the cosmos, the pump of curiosity could be a solution to the Fermi paradox. Perhaps we are the only species in the universe to ask “where is everybody?” Author’s note: I am grateful to Stephen Webb, John G Cramer and Daniel C Dennett for their comments on a previous version of this article.

Graham Jones is a British astrophysicist and language teacher at the University of Shiga Prefecture in Japan. He did his degree in astrophysics at Royal Holloway, University of London, and his masters in science communication at the University of Edinburgh. Graham writes for Physics World and Sky & Telescope, and he is part of the team at  www.timeanddate.com that presents live coverage of eclipses. His personal website is www.tensentences.com 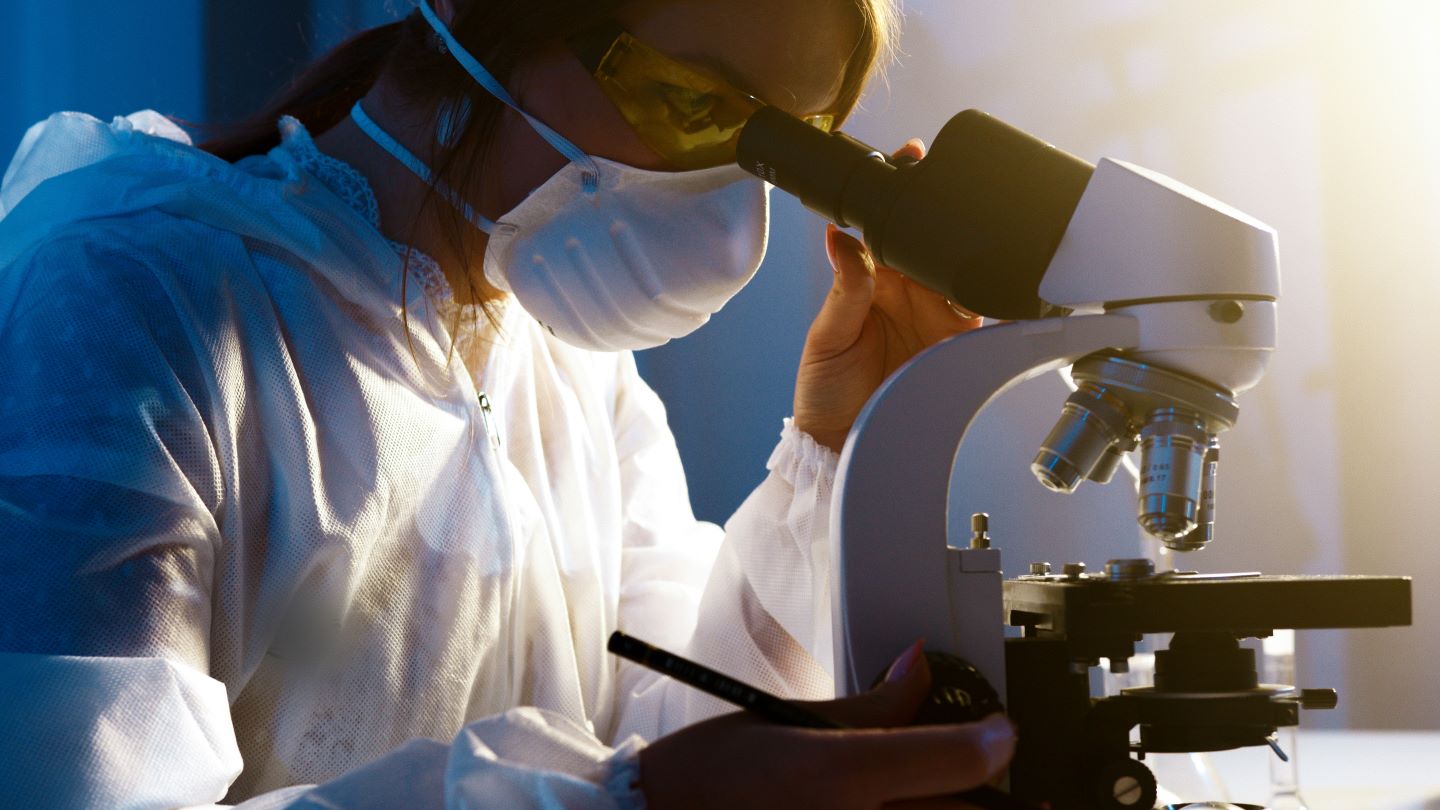