Perched between the foothills of the Snowdonia mountains and the Menai Strait in North Wales we find Aber Falls Distillery. Since it opened its doors in 2017, this artisan distillery has gone from strength to strength earning prestigious awards  and an increasing number of appreciative customers. I-M Intelligent Magazine sent Jeremy Webb to find out what is all the fuss about.

The Menai Strait is a stretch of sea running between the mainland of North Wales and the Isle of Anglesey, famed for its turbulent waters and supreme produce. From Bangor to Llandudno, the culinary scene is growing, with artisan producers and suppliers making a global name for themselves.

Aber Falls is one of them, producing quality small batch whisky alongside various craft gins. The distillery also creates other products using its spirits and prides itself on providing a community hub, where local food suppliers and producers regularly sell their goods. This is possible thanks to the food markets they regularly hold and their own shop at their visitor centre.

With its shop and café, the Visitor Centre is a gathering spot for members of the public to meet, eat and chat. Their new bistro, with its locally source menu, has proven very popular after the last two years of disruption. The location is also ideal for confident hikers going up the falls. The route is challenging but those who take it are rewarded with Snowdon’s heritage and wonderful nature.

In my case, I opted for just visiting the distillery but still, I indulged myself with a delicious lunch and a slice of orange and chocolate cake before meeting Dylan Roberts, the Visitor Centre’s  Manager. He proved to be the perfect guide, vibrant, enthusiastic and engaging, qualities he claims come from “my former experience as an entertainer on cruise ships.”

He guided me through the distilling process, from the water collection to the maturing of the whisky. Their water has zero mileage, since it comes from the Aber river, which runs by the distillery, near the shore of the Menai Straits, where it flows out to sea. A run-off allows the distillery to collect pure, clean water and put it through filtration, further cleaning it for human consumption.

The next ingredient is their locally sourced malt, which is brought into their hoppers, then milled and mashed. Mashing is when the malt is introduced into hot water, increasing the temperature. The mash is stirred, helping to convert the starches to sugar. After this process, the sweet sugary liquid is known as wort. The spent grains are processed into cattle feed, which the neighbouring farmer collects for his cows.The wort is cooled to 20°C and pumped into wash-backs, where yeast is added and fermentation begins. The living yeast feeds on the sugars, producing alcohol and small quantities of other compounds known as congeners. These contribute to the flavour of the final whisky.

The Aber river, source of water for the Aber Falls Distillery.

The Aber Falls Distillery has two Copper Stills called “Golchi and Gwirod”, both names from Welsh history. In these pots, distillation finally produces a clear new spirit that is cooled before being placed in various wooden barrels, which imparts differing notes to the final liquid. After three years and one day maturing, the spirit can be called whisky. While waiting for their whisky to age, the distillery produces gin in all types of flavours. In their new state-of-the-art gin lab above the cafe, Dylan assisted me in making my own gin, using a selection of botanicals of my own choice. After adding these to the new spirit, I heated the copper pot containing the liquid and waited for distillation. Dylan invites visitors to sample some of the distillery’s gins during the wait of about ten minutes, so I advise bringing a designated driver. The gin that comes from the distilling is then bottled for you to take home after it gets the final unique label proving it is your work. The gin making and presentation by Dylan was great fun and educational and you should participate in it when you visit.

Aber Falls Distillery is all about recycling, sustainability and community. The main building has been recycled from a rundown facility previously owned by another drinks company. It is now ultra-modern with an energy-efficient power supply, low emissions and minimal carbon footprint. The company’s ethos is to impact the environment as low as possible, including where they source their ingredients. They also want to produce the best possible products from local sources and, in the process, employ locals and engage the community.

The town of Menai Bridge was originally called Porthaethwy and this is still the name by which the town is known in Welsh. Photo © Arthur C Harris.

I and many others have sought wellness during the last two years by venturing into the countryside, gaining the benefits of walking and having room to breathe and relax away from crowded areas. In North Wales, there are many beautiful locations. Apart from the Aber Falls hike mentioned earlier, there is another popular walk close to the distillery, along the coast on Anglesey, following the Menai Strait, where you can look across to the mainland and see the Snowdonian range. On your walk, you will come across the world-famous Halen Môn salt producers.

Halen means salt and Môn is Anglesey in Welsh. So in English, Anglesey salt. The tiny crystals have become popular across the globe, with Heston Blumenthal, Ferran Adrià and other Michelin starred chefs using it in their recipes. Rob Jardine, the Visitor Centre Manager, gave me a superb presentation of how the company extracts seawater from the Menai Strait to produce snow-white crystals of salt. The water is pumped into the building and distributed to salting tanks, where heat is introduced from above to evaporate it slowly. In the process, salt crystals form and overnight all the liquid disappears, leaving sparkling, diamond-like salt. Rob informed me that their sea salt is used in many luxury brands, which use them in chocolates, crisps and caramel sauces. On a tour of the site, you get to sample some of the products Halen Môn creates using their salt, including a gin. The facility is a lovely place to visit, especially in spring and summer when they host events outside and have catering selling their products.

While driving back from Halen Môn, I stopped in Menai Bridge, a small town on the Isle of Anglesey. As the name suggests, it sits right where the bridge connects the isle to mainland Wales. The town is becoming a hub for restaurants and food shops selling local produce and now attracts connoisseurs from all over the region.

There I met Ed Billins, the owner of &Caws, a cheesemonger who moved to the town after working as a manager of La Fromagerie in Highbury, London. & Caws means “and cheese” in Welsh and refers to what you can have with cheese. Alongside his broad selection of cheeses, Ed sells local wine and craft beers. The plans are that the café he is building at the back of the shop becomes an area where events can be held for customers and local producers to meet and have fantastic tasting. It sounds like a lot of fun to me.

The area is also rich in fabulous restaurants. A good example is Sosban and The Old Butchers in Menai Bridge. Stephen and Bethan Stevens run a Michelin starred restaurant in a former butchers shop. Stephen creates six-course sampling menus from a range of ingredients sourced in North Wales. Sosban is extremely popular and has a long waiting list to dine there, so I didn’t get to the chance to try it myself during my three-days trip to the area but I’ll know for next time to book well in advance. However, a local gave me a tip. You can check on the website early in morning if you want to take advantage of what is called “lottery bookings”, where the chef releases a table for that evening.

Another gem is The Jackdaw in Conwy. The title Jackdaw is given to a person living within the castle walls of Conway which is exactly where the restaurant sits. The chef proprietor is Nick Rudge, who started the business whilst on furlough from Heston Blumenthal’s The Fat Duck. During lockdown, Nick started cooking at his parents’ home preparing takeaways which proved very popular. He sold out every day over the three months he ran the business. The decision to open his own restaurant seemed like a logical next step.

A favourite among the locals: ribeye steak at the Castle Hotel in Conwy…

The Jackdaw is intimate, with just a dozen tables. The menu is seasonal, and Nick sources his ingredients locally, so there is plenty of Welsh beef, venison and seafood. You will find three to four choices of starters, mains and desserts.

A former coaching inn established in the 19th century, the Castle Hotel is not to be missed. Renowned locally, it does provide lovely accommodation in Conwy and food with superior service. There is a choice of a fine dining menu or “homely” favourites. Because I like my food, I went for the ribeye steak with large cut chips, delicious and filling. I even managed a generous portion of sticky toffee pudding with ice-cream. Luckily, I had done plenty of walking during the day, so I didn’t feel too guilty.

I stayed at The Empire Hotel Llandudno, on the hill above the town centre, ideally situated for exploring the pier, promenade and the extensive range of shops. The location makes it a perfect base to explore the historical coast of North Wales and the Isle of Anglesey and of course, to sample the extraordinary food of the Menai Strait area. 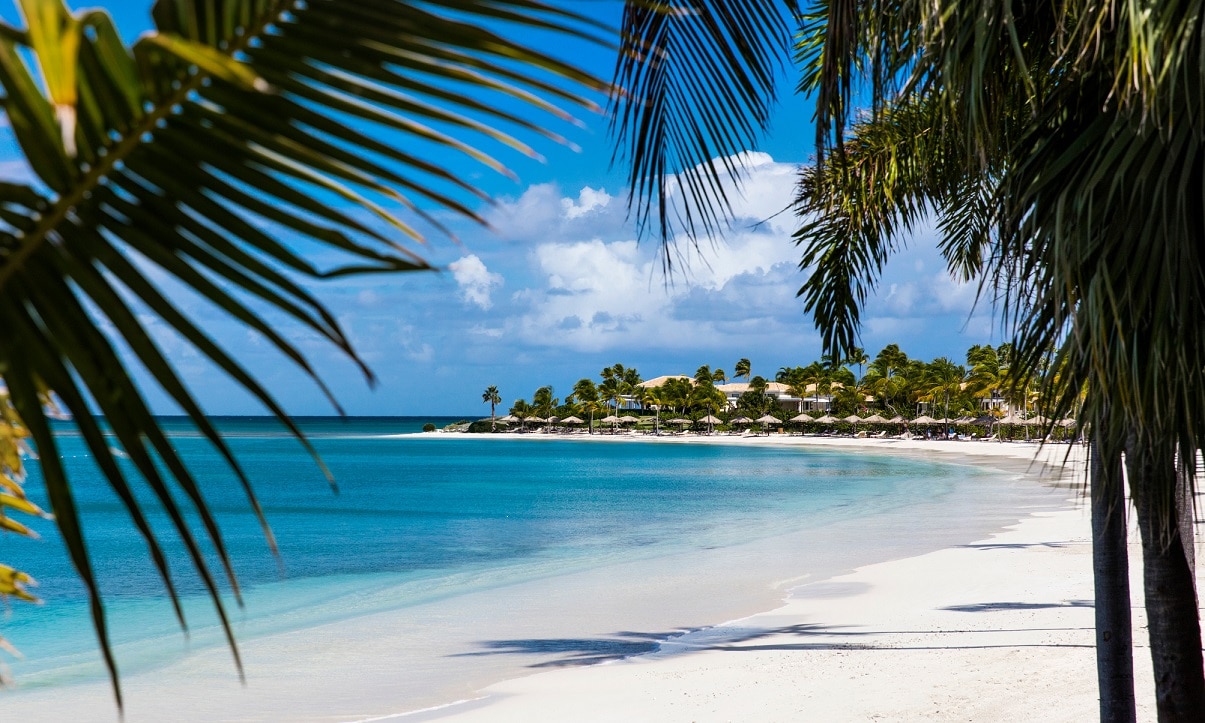 My lack of coordination is alarming. I haven’t ridden a bicycle in years and, ...

My lack of coordination is alarming. I haven’t ridden a bicycle in years and, despite the apparent assurance that once …

Tamara Roberts, CEO of Ridgeview Estate winery in East Sussex discusses with Gina Baksa winemaking, lockdowns and how to remain …

The Mitre is a stunning Grade II-listed property dating back to 1665, originally used ...

The Mitre is a stunning Grade II-listed property dating back to 1665, originally used as ancillary accommodation for guests of …

A modern twist on an old classic Once perceived as the ultimate gentleman’s drink associated with prestige and sophistication, whisky …

Nobu Hotels are dedicated to creating memories around the enjoyment of exceptional food. Pioneered ...

Nobu Hotels are dedicated to creating memories around the enjoyment of exceptional food. Pioneered by Chef Nobu Matsuhisa, the iconic …

Come with me to Ibiza

The ME Ibiza truly takes luxury hospitality to a whole new level. Located in ...

The ME Ibiza truly takes luxury hospitality to a whole new level. Located in a secluded, yet easily accessible bay …