Jaguar’s sports car lineage spans 70 years, beginning with the XK120, which was, at its time, the world’s fastest production car. The XK 120 was successful on both the road and the race track, and was followed by the C-type, probably one of the most beautiful race cars ever and which became the first Le Mans winner to set an average speed over 100mph.

The success in the world of racing continued to inspire Jaguar over the decades, and saw the creation of iconic vehicles like the D-Type, E-Type and XJ-S. The culmination of this rich lineage is the F-TYPE, the spiritual successor to the E-Type, which has won more than 170 global awards! To celebrate this special anniversary, Jaguar has launched the F-TYPE Chequered Flag Limited Edition, both Coupé and Convertible. The Chequered Flag F-TYPE is available with powerful four- and six-cylinder engines and feature a range of subtle visual enhancements to the exterior and to the cabin. 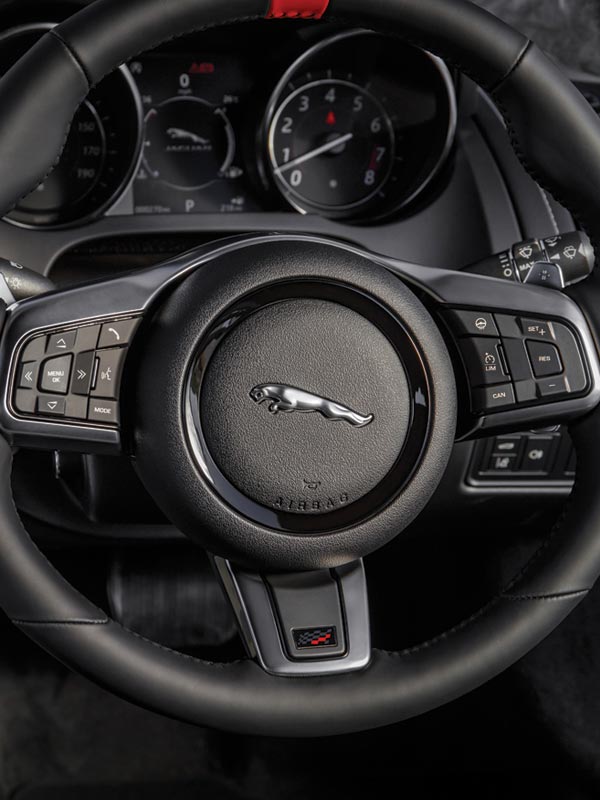 Highlights include a black contrast roof on the Coupé and a luxurious Windsor leather interior featuring Performance seats with embossed headrests, a Dark Brushed Aluminium centre console trim finisher and a steering wheel with discrete Chequered Flag logo and red leather band to mark the 12 o’clock position. Its 20-inch Gloss Black wheels with Diamond Turned complement the red finish of the brake calipers for extra visual “umph!” The changes are rounded off with a more aggressive set of SVO-spec extended side sills.

The F-TYPE exquisite design is a feast to the eyes, its tear-drop shape giving you a thrill of anticipation about its performance. I literally couldn’t wait to get behind the wheel. All engines are matched to eight-speed Quickshift transmissions and send drive to the rear wheels, which trust me, it is quite the experience, as the car moves its rear like a salsa dancer.  In the 380PS models, you can opt for Jaguar’s all-wheel drive system with Intelligent Driveline Dynamics. 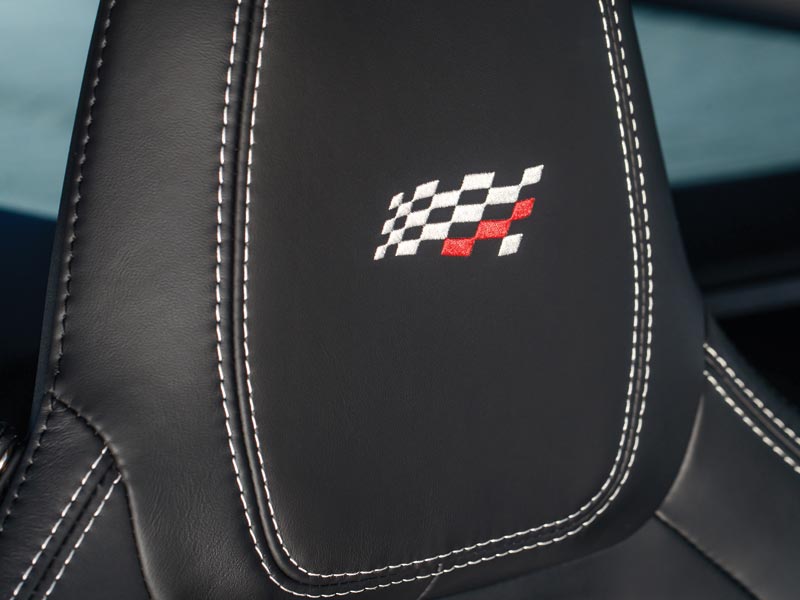 Power comes from the 300PS/400Nm 2.0-litre four-cylinder Ingenium petrol engine or the 340PS/450Nm and 380PS/ 460Nm supercharged 3.0-litre V6 petrol engines, all of which roar like lions and offer an outstanding balance of responsiveness, power and efficiency. This is an amazing car to drive. The exhilaration you feel behind the wheel as you put your foot down and it shoots forward like a rocket (all of this in a circuit, of course) gives you butterflies in the stomach. Before you can say your own name, the car will have reached 140miles/hour.

As is this was not enough excitement, when this beauty turns, it does so as if on rails. Oh boy! Driving the F-TYPE Chequered Flag is almost as good as sex. This is definitely a sports car for those who LOVE to drive.

Like your first kiss just behind the schoolyard bicycle sheds, you always remember your ...

Like your first kiss just behind the schoolyard bicycle sheds, you always remember your first car. At the risk of …