In this short film directed by Emma Branderhorst, we are taken through a couple days in the life of a teenage girl struggling with an uncomfortable, yet all too common problem: period poverty. A survey by Plan International UK revealed that in this country one in 10 girls can’t afford to buy menstrual products and one in seven struggles to do so.

Spotless introduces as to the life of Ruby (played by Alicia Prinsen), a teenage girl living in a low class high rise project building in an inner city of the Netherlands, Ruby shares a small apartment with her mother Barbara and younger sister Marie. The very first scene draws us in to see her waking up to bloodied underwear. Her frantic attempts to find one last remaining tampon around the small flat are futile. Ruby begs her mum to take her shopping, but Barbara is busy on the phone dealing with a debt management, giving us an insight to the gravity of this family’s financial situation. How Ruby dealt with that morning’s conundrum just to make it to school, I wasn’t able to figure out.

Reaching the school premises, Ruby is greeted by her best buddy, who can’t wait to give her an update about her latest crush: he is struggling with assignments and has asked her to assist him with tutorials and she is telling Ruby about how great this is when her friends just interrupts her and asks, “Have you got a spare tampon?” “Again?” she replies. This response emphasises how deprived Ruby’s life is. The next day Ruby goes to visit some kind of local community support shelter, where upon giving her name and being signed off, she is handed free groceries and provisions to take back home: milk, bread, fruits and vegetables. Ruby uses this opportunity to ask if they happen to have any female sanitary supplies, but unfortunately, they don’t. Our protagonist, now desperate has no choice but to resort to rinsing the blood out of a previously used tampon in order to reuse it. The obvious question is, of course, how long can she keep this up?

Spotless tells the story of many unheard women and aims at opening the conversation and breaking the taboo about period poverty.

The following day, Ruby appears to be having a fun time during sports lesson at school until her classmates notice blood leaking onto her sport shorts, which results in all of them having a big laugh at her expense. A terribly embarrassed Ruby flees from the hall in tears.

The graphic nature of Spotless is an uncomfortable reminder of the indignity suffered by women all over the world who can’t afford proper sanitary products.

Finally, fed up with what she is going through, it seems Ruby has no other choice but to steal a box of tampons from the local supermarket…

This film really asks questions about what can be done to alleviate period poverty. Not having money to buy these basic sanitary supplies is degrading for women and robs them of their most basic human dignity. I applaud how intensely graphic this film is, how it makes the viewer shuffle uncomfortable in their seat. We see bloodied underwear, tampons being rinsed out, even sticky thick dried-out blood all over Ruby’s fingers. I hope that this film will raise much needed awareness about this issue and help bring the viewer – male of female – to relate to this denigrating problem so many women suffer not just in Britain, but all around the world. 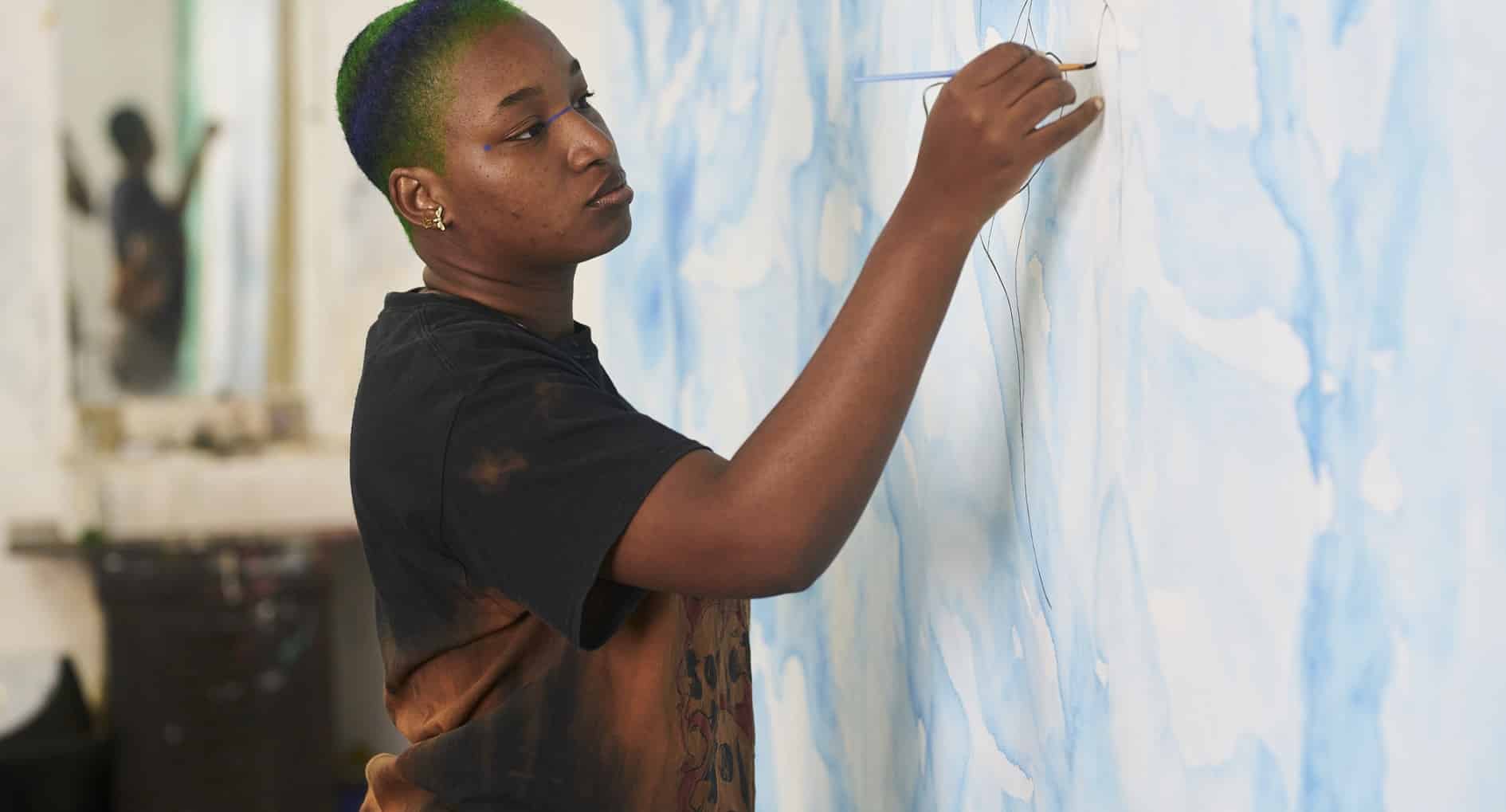