Jaeger-LeCoultre, in association with luxury publisher Assouline, have launched the ultimate volume about one of the most iconic watches in modern history: the Reverso. Richly illustrated with archive images and original photography, the story of the Reverso comes to life thanks to the writing ability of author, historian, journalist and horological specialist Nicholas Foulkes.

Although the book is obviously mainly about the history of the Reverso, Foulkes’s narrative talent transforms it into the most evocative “biography” of the evolution of aesthetics and style in the 20th century. It starts with the 1925 Paris Exposition of Decorative Arts, which represented the rise of the design culture that would dominate the period between the two world wars, known to all of us as “Art Deco”. Art Deco was a celebration of all that the prewar world had repressed: travel, romance, exuberance, self-indulgence…

It was in this context that de Trey, a Swiss dentist-turned watch distributor, challenged by his friends to create a watch that could turn over to protect the fragile glass when playing polo, patented the name Reverso. This was 1930. One year later, thanks to Swiss watchmakers Jaeger-LeCoultre, the Reverso came to market.

Reverso advert from 1979 evoking the elegance and romance of the 1920s, when Art Deco reigned supreme.

The Reverso was easily the most technically integrated watchcase yet to come to market; its design was dictated not by a desire to be different but by mechanical functionality. Its value lay not in the costliness of its materials and lavishness of its embellishments but in the ingenuity and intricacy of its engineering. Its choice of materials, its intentions, its innovative manufacture and the need it met made the Reverso in many ways the quintessential Art Deco product.

With its sleek form and unique reversible case, the Reverso has remained an eternal expression of modernity for 90 years, continually reinventing itself without compromising its spirit. Its blank metal flip side, which began as a purely functional solution, became a canvas for creative expression, decorated with enamel, engravings or gemstones, in order to adapt to all kinds of trends and fashions, be that the brutalism of the post-war era or the surge of quartz movements, which famously brought the whole Swiss watchmaking industry to the brink of extinction.

With more than 50 calibres and several hundred dials, writing the history and evolution of this watch over nine decades and keeping the reader’s undivided attention doesn’t sound like an easy task but once again, Foulkes literally weaves his magic, bringing in the social milieu and cultural changes that provided the backdrop to the evolution of the Reverso, including the story of the founders, Jaeger and LeCoultre and how their inventions impacted the horological world since before the 20th century, when they were separate companies; and have continued to do so after joining forces, particularly after the Maison integrated its whole Manufacture under one roof, bringing together 180 different skills.

Giovanni Soldini’s radio message after rescuing fellow racer Isabelle in the middle of an around the world race… which he went on to win.

The book includes emotional stories from more than a dozen owners who have personalized their watches in deeply meaningful ways, adding sentiment and helping to bring to life this symbol of timeless modernity, conceived on the playing fields of the British Raj and in the ateliers of two watchmakers from the quiet valleys of Switzerland.

Hardback in a luxury slipcase. €195

Opening picture: Illustration from the ’30s of the Reverso function, highlighting its versatility

A graduate of Hertford College, Oxford, Nicholas Foulkes is an author, historian and journalist. A former editor for London’s Evening Standard, he is a contributing editor to Vanity Fair, Financial Times How to Spend It and The Rake; and luxury editor of British GQ. Best known for his trilogy of 19th century British histories, Last of the Dandies, Dancing into Battle, and Gentlemen and Blackguards, he has published around thirty books on history, the arts and style. Among his recent works are a biography of the painter Bernard Buffet, the official history of Patek Philippe (both by Random House); and Time Tamed, a history of mankind’s calibration of time from the Palaeolithic era to the moon landings (Simon & Schuster).

The Magic of Marrakesh 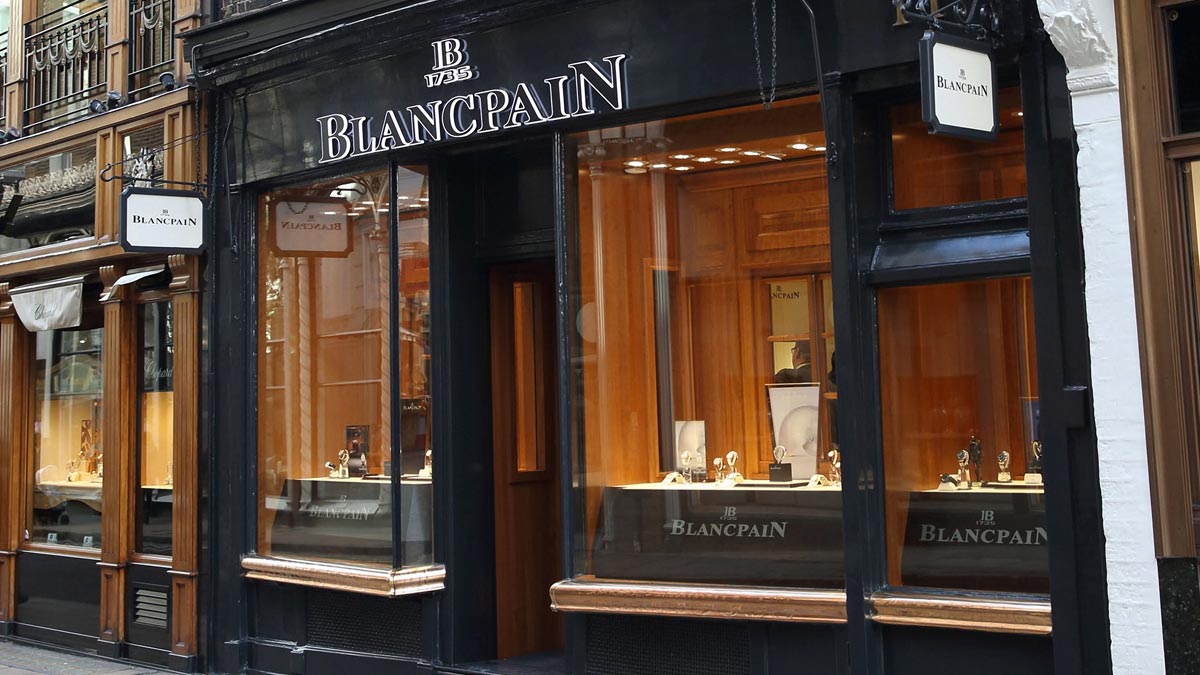 It might seem a simple enough proposition. Buying a watch should be a matter ...

It might seem a simple enough proposition. Buying a watch should be a matter of walking into a retailer, selecting …

With Prince Harry becoming a father for the first time, I thought it only appropriate to write a guide on …