With a career that expands over more than two decades, Africa’s first professional model with albinism was interviewed by our editor, Julia Pasarón, after she saw her stunning performance in White Gold, a drama by British film director Luke Bradford that raises awareness about the persecution and abuse people with albinism still suffer in parts of Africa.

Ignorance breeds brutality. There is no question about it. From female castration to child slavery, at the root of all these barbarities lies ignorance. This is never more true than when it comes to the persecution and abuse suffered by people with albinism. Every year, thousands of these human beings are tortured, crippled, killed and dismembered as superstitious beliefs in parts of the sub-Saharan region and Eastern Africa either consider their organs and body parts to have magic properties or all the opposite, they are presumed to be cursed and bring bad luck. Even their graves are often desecrated.

Some countries like South Africa, Tanzania and Malawi are trying to bring change, starting with the legal framework, but this is going to take a long time…

Albinism is an inherited condition that affects the production of melanin, nothing more, nothing less. Although rare in the western world, albinism is quite common in sub-Saharan Africa, likely as a result of consanguineous alliances. Brighton-born filmmaker Luke Bradford has worked across hundreds of productions over the past 20 years with 24 award wins and a further 44 nominations. During his extensive career, he has filmed in over 30 countries and witnessed some extremes in life.

These experiences and a passion for social awareness have shaped Luke’s work. “I believe very much in the power of storytelling and the positive impact that it can have on communities or on a cause,” Luke explains, “and so, if I find a particular topic or social issue that has an impact on me, then I try and create a narrative around it.”

He travelled to Tanzania in 2017 to make a documentary about a missionary couple and there he met Florence, a woman who had had both her arms hacked off because of the belief that the body parts of people with albinism have special powers – yet she still managed to find joy in life. This fortuitous encounter inspired the development of “White Gold”, a drama featuring members of a community in South Africa living with albinism.

I discovered that there are very few dramas that have been made on this topic where people with albinism are represented in a positive light, so I wanted to change this with mine… 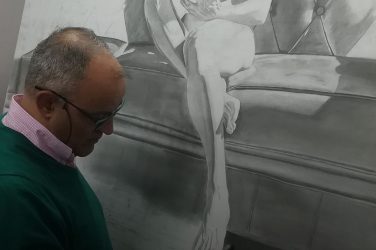 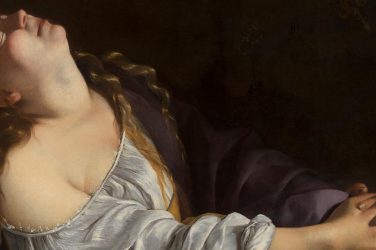