Patek Philippe, Christie’s and the Charity triumph in 2019!

For an event born out of tragedy, the auction room at Christie’s in Geneva had a raucous and rambunctious atmosphere on November 9th. OnlyWatch, a biannual auction by most of the world’s premier watch brands has become a staple of the watch and auction calendars.

Now in its eighth edition, the money raised for the research and treatment of Duchenne Muscular Dystrophy, channelled through the Association Monégasque contre les Myopathies, under the patronage of His Royal Highness Prince Albert II of Monaco, has made a big difference in the treatment of this crippling disease, for which now a cure has become a foreseeable reality. For my part, I have not seen crowds at the OnlyWatch auction like this before. There was a real and tangible expectation that records would be broken at Christie’s that November afternoon. Seating in the auction room was reserved for registered bidders only; standing at the back was strictly by invitation. A second room had to be opened up at the Four Seasons in Geneva with a live feed so attendees could keep an eye on proceedings.

Back in 2004 Luc Pettivano was organizing the Monaco Yacht Show when he was told the diagnosis on his son Paul. He had Duchenne Muscular Dystrophy – a rare and incurable degenerative disease. Out of the horror and bewilderment of the news, Pettivano tried to see what could be done. As Blancpain was the timing sponsor of the Yacht Show he approached them to produce a one-off watch that would be auctioned and all proceeds would go to the research on the disease. He then approached other watch firms and the idea took hold. The first OnlyWatch auction was held in 2005. Sadly Paul Pettivano passed away before his 21st birthday.

Uniqueness in the watch market is something special. It has been for some time. There have been other records along the way in the OnlyWatch auctions, especially for the likes of Patek Philippe, Tudor, and FP Journe, but before this auction the total raised had been approximately 40 million CHF. Watch collectors and Patek collectors above all others, prize a unique watch that only they possess. Quite rightly Patek trade off this attribute to their advantage; but equally it is for a good cause. This year, there was a special watch and high expectation at the auction. It proved to be the case.
Bidding was aggressive but in a jovial spirit expertly and entertainingly marshalled by Christie’s auctioneer Rahul Kadakia. A realization perhaps that not only could you go home with a unique watch, but that you could do so with a clear conscience. Right from the start, prices at the fall of the gavel were far above the high estimate.

A Hermes Arceau L’Heure de la Lune went for 210000CHF, the Konstantin Chaykin Joker Selfie at 70000CHF, the Montblanc 1858 Split-Seconds with an agate dial that sold for 100,000 francs, and the De Bethune/Urwerk “Moon Satellite” which sold for 300000CHF. But it was Lot 28 that was the high point of the sale, both figuratively and literally. Lot 28 was the Patek Philippe ref. 6300A “Grandmaster Chime” in steel with salmon and black dials, “The Only One” inscribed on the front dial above Patek Philippe. Expectations were high on a number of counts. First, the 6300 reference was out of production. Second, pre-owned versions of the watch in gold are already trading in the mid-seven figure range. Third, and more importantly, the same reference produced in limited series for the 175th Anniversary of the brand are already trading hands privately for mid eight figures. There was every possibility that this unique reference would go further. We were not disappointed.

The opening bid was 5 million CHF, the second bid was 10 million CHF. Thereafter the bidding was paced but hard fought. Five bidders stayed in the half million increment tussle up to 19 million CHF. Once the bidding crossed the 22 million mark only two phone bidders remained to stare each other out at one million increments. The winning bid: 31 million CHF. An extraordinary result on a number of fronts: This watch becomes the most expensive watch in the history of horology; it passed the Rolex Paul Newman provenance Daytona at 17.5 million CHF; it passed the Patek Philippe Graves Supercomplication at 24 million CHF. The price paid for this watch dwarfs all others.

What this result does is propel watches into the same rarefied auction atmosphere in terms of prices paid as that enjoyed by art and automobiles. It also moved Patek Philippe back to the zenith of auction desirability – a neat trick by Mr Thierry Stern – and equally moved Christie’s back to the top of the auction house tree by commanding bidding far above the high point estimates for most lots. Other records were also established, such as the highest price paid for an independent watch – the F.P. Journe Grand Complication at 1.8 million CHF, and the Tudor Black Pay Ceramic hammered at 350000CHF, but perhaps, the leading example was the Rexhep Rexhepi Chronometre Contemporain, with the only Jean-Pierre Hagmann case in the series, which hammered for nearly 400000CHF.

To give some idea of what this auction did for the war chest against the Duchenne Muscular Dystrophy disease, the result this year essentially doubled all funds ever raised through the OnlyWatch platform. The auction result was the perfect ending to a weekend where the work of Luc Pettivano and OnlyWatch had been honoured with the “Prix Spécial du Jury du Grand Prix de l’Horlogerie de Genève 2019.” However, typically, despite all the records and recognitions, Luc Pettavino’s last thoughts were of the good this result will produce in terms of medical research: “Breaking records is obviously a source of pride and happiness. What a beautiful moment and emotion shared together! And what matters most today is the difference we are going to be able to make in research against muscular dystrophies and for hundreds of thousands of patients and families around the world for their lives to get better.” And that is the result that matters most.

MINI has been committed to sustainability earlier than most traditional car brands. Last year, ...

MINI has been committed to sustainability earlier than most traditional car brands. Last year, the company announced that their last …

Like your first kiss just behind the schoolyard bicycle sheds, you always remember your ...

Like your first kiss just behind the schoolyard bicycle sheds, you always remember your first car. At the risk of … 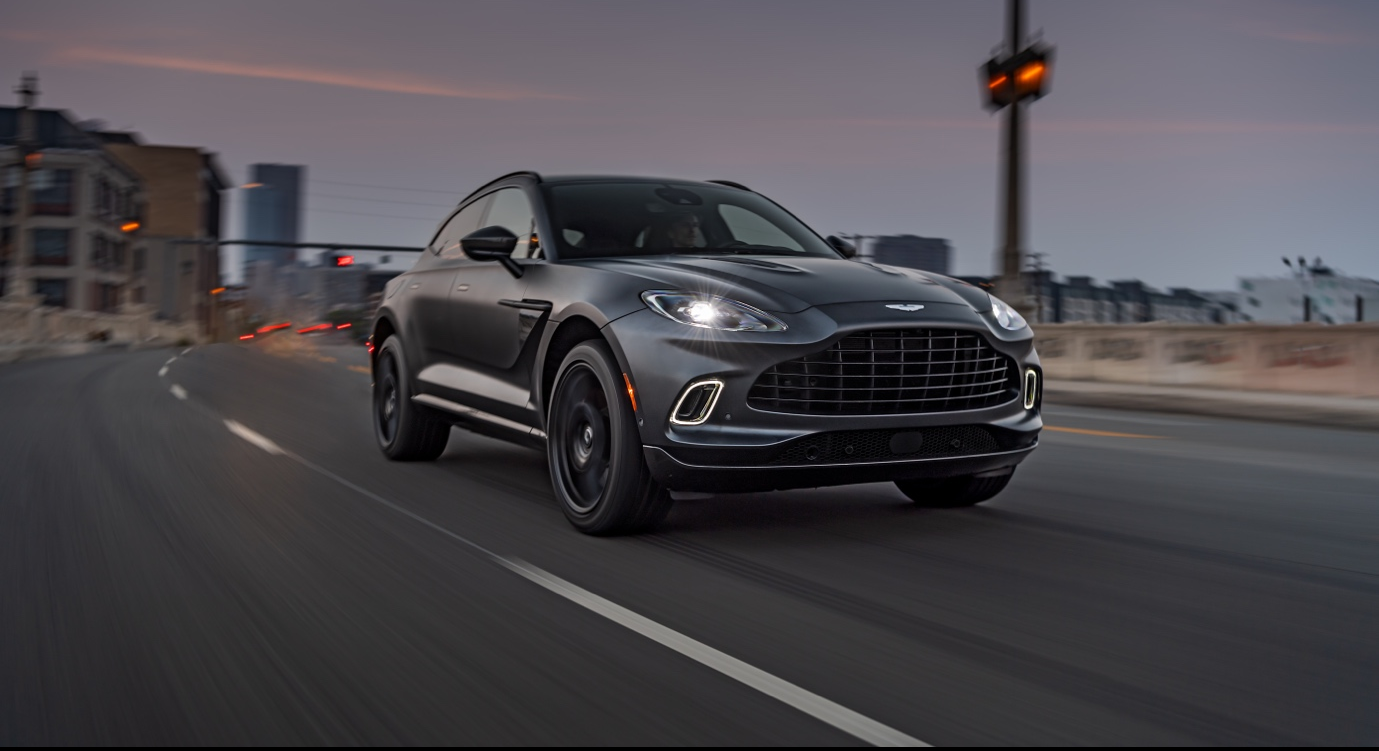 Passione Italiana Unmistakably Italian, the Levante launched a couple of years ago, offering Maserati lovers the chance to join into …