Named after the Greek mythical heroine, Nausicaá is much more than just an aquarium; it is a centre where the unique marine environment can be explored in a fun, educational and scientific way, with a primary focus on the relationship between man and the sea.

In 25 years, Nausicaá has welcomed over 16 million visitors to its home in Boulogne sur Mer, and has become a major player in raising awareness of the marine environment and the sustainability of our oceans. Above all, the Centre’s role is to educate and encourage the general public how we can protect marine life now to ensure the future of our oceans, reduce the impact we are having on our resources and how we each can help and play a part in marine conservation.

Nausicaá has been declared a UNESCO “Centre of Excellence” due to its awareness-raising activities and achievements. Its new extension, shaped as a manta ray, has been a true architectural, aquatic and technical challenge that has never been realised to this scale in Europe before. It boast various panoramic viewing areas to discover the giant aquarium, which recreates the ecosystem of the high seas modelled on the island of Malpelo, off the coast of Colombia, which has been a conservation site for over 30 years. This extension makes Nausicaá one of the largest aquariums
in the world.

The Blue Society
The Blue Society aims at catering for society’s present and future needs in a spirit of positive growth by harnessing the enormous potential that the global ocean offers us.  Its research aims at finding a balance between marine life as a source of food while providing valuable resources to mankind such as new medicines, energy an mineral reserves, which could help meet the needs of a rapidly growing human race, not to mention demonstrating the role the oceans play in our history and culture.

The Blue Society is led by Philippe Vallette, General Manager of Nausicaá. He described with passion the aims of Nausicaá and The Blue Society: “Nausicaá inspires people to discover and love the sea, which is an essential part of life and a valuable resource both today and in the future. As an initiator and promoter of the Blue Society, it offers a new perspective on solutions for the future of mankind, from the ocean.”

The ocean is vital to the natural balance of our planet. It regulates the climate, recycles water and produces oxygen. A cradle of life on Earth, the sea is inhabited by billions of living creatures all the way down to its darkest depths.

The sea also supports many activities such as tourism, fishing, aquaculture and shipping, providing not only very significant economic benefits but also millions of jobs. Lastly, the ocean plays an important role in science and culture. However, much of the ocean is still unknown. The high seas – which form an enormous body of liquid far away from coasts – cover half of the planet’s surface. They lie beyond national boundaries. These waters hold some of the keys to our future. The new extension of Nausicaá focuses on new challenges relating to the high seas in the context of The Blue Society.

The Blue Society is based on the responsible use of marine resources and the development of innovative technologies and new products which create jobs and economic resources. Thanks to the exchange of know-how, the sharing of knowledge and the adoption of this vision by scientists, businesses, political decision-makers and citizens, positive solutions and innovative experience can emerge and contribute to the creation of a more sustainable and fairer society.

Every year, through its work, exhibitions and events, Nausicaá raises awareness of the marine environment and invites people to take action to live in harmony with our Blue Planet. When asked about how Nausicaá is contributing to educating people about the importance of protecting our oceans, Vallette quickly responded: “Nausicaá acts as an ocean sentinel interface and has followed the initiatives of partners all over the world to enable everyone to understand and learn more about our fabulous planet and participate in these activities. Nausicaá offers visitors a chance to participate, act, react and express themselves, and since 2014, it has invited people to vote on the oceans through voting terminals which have been installed at the end of the exhibition tour. This voting system is used to raise visitors’ awareness of important topics and find out their opinions on ocean-related issues; their concerns and suggestions are then passed on to the relevant professionals and decision-makers at a regional, national and international level. This further strengthens Nausicaá’s role as an interface between the public, professionals and decision-makers.”

The island of Malpelo
Nausicaá is involved with many conservation projects around the world, the most significant of which being Malpelo, a Pacific Island located 500km from the coast of Colombia, which is the visible part of an incredible undersea mountain range of volcanic origin called the Malpelo Ridge which floor lies at a depth of 4,000 metres under sea level.

Vallette explained why this was the project chosen to represent with the new extension at Nausicaá: “Last May, we opened a new “Journey on the High Seas” tour featuring Europe’s biggest tank. Management of the high seas is one of the major challenges of the 21st century, and United Nations is currently discussing the issue of governance. Visitors can get a real sense of the vastness of a powerful and living ocean here. The landscaping is modelled on the island of Malpelo. Its geographical location at the crossroads of several powerful sea currents and its geological structure make Malpelo a unique place with a wide range of different natural environments: coral reefs close to the surface, vertical habitats in the caves and tunnels that go deep into the rock to its very depths, and pelagic habitats around the islands and neighbouring rocks. So Malpelo is an extraordinary refuge for species that do not live together anywhere else!

Journey on the High Seas includes a 10,000 m3 tank, 22,000 new sea creatures, including hammerheads and manta rays, and an 18-metre-long transparent tunnel, and an under water trench measuring 7.5 metres which leads the way to the highlight of this extension: a spectacular 20×5 metres panoramic window offering a full view of the tank and its ecosystem. This extension makes Nausicaá one of the largest aquariums in the world.

An oasis of life
From groupers to dolphins, hammerhead sharks to whales and barracudas, this extraordinary sanctuary is home to species from the open seas, from coral reefs and from the depths. The basaltic black seabed studded with pink coralline algae and orange sponges are covered with white sea anemones is home to moray eels and angelfish, while in the open sea, waves of shimmering fish carried along by the current play with the light. The larvae of corals, molluscs, sea urchins and starfish that are carried along by the currents will repopulate other areas, contributing to the preservation of biodiverstity in the Eastern Pacific. Malpelo also offers food and rest to migratory species and forms a real oasis amid the vastness of the open sea.

World Heritage
Due to its isolation and the desert-like nature of the rock, on which there is no fresh water, Malpelo has been protected from human activities and in 1995, the island became a Fana and Flora Sanctuary and joined Colombia’s network of national parks. In 2002, the International Maritime Organization (IMO) declared the sanctuary a “Particularly Sensitive Sea Area” and banned commercial shipping from entering it. In 2006, the Marine Protected Area was expanded to a total area of 857,465 hectares. Fishing is completely prohibited in this area and Colombian navy vessels patrol the area at all times. That same year, Malpelo was declared a natural World Heritage Site by UNESCO. In 2017, the Marine Protected Area was expanded again from 9,585km2 to 27,096km2 and became a bi-national park shared with Panama.

The French-Colombian biologist and diver Sandra Bessudo began preserving this small isolated piece of land in 1987. To raise money to preserver ths marine sanctuary and conduct scientific monitoring of its species, she created the Malpelo Foundation in 1999 and persuaded the Colombian government to protect the island and combat illegal fishing. Sandra was appointed Minister of the Environment in 2010 and presides over the Ocean Commission. She was made a Knight of the National Order of Merit in May 2017.

After devoting the last three decades of her life to preserve the biodiversity of Malpelo island, her love for the place is obvious: “All the moments in Malpelo are wonderful”, she told us with a big smile, “but the best may have been being able to create the sanctuary of Malpelo in 1995; the times when we have enlarged the Marine Protected Area and when Malpeolo was declared a Unesco World Heritage Site; and of course, all the encounters with sharks and life in the ocean…”

When asked about the worst, she answered without hesitation: “Every time I see illegal fishing, hurt animals and the feeling of not being able to control these phenomena. It is devastating.”

She welcomes the involvement of Nausicaá with the Malpelo Foundation: “Nausicaá helps raise awareness about Malpelo and the region of the Eastern Tropical Pacific. Nausicaá also help us some of our scientific research and conservation projects.” About the future of our oceans, Sandra has hope but warns about the need to act now: “I think there is still hope but we have to work urgently on changing the bad practices that affect the ocean every day.”

THE MALPELO FOUNDATION
Science in aid of sharks
The Foundation is conducting a shark tagging programme involving acoustic telemetry which has established a connection between the different islands of the tropical eastern Pacific. This work is being done within a network called MIGRAMAR which has been set up with other organisations.

The scientists have found that the populations of all the species have been recovering over the past few years, except for the hammerhead sharks, which are suffering from overfishing. Classifying the species as endangered, stepping up monitoring and legislating to make penalties stiffer are steps that have been taken to combat this illegal fishing.

SANCCOB
NAUSICAA offers visitors the chance to sponsor an African penguin, which helps to contribute to the work done by SANCCOB, who are based in South Africa. This association works to save and rehabilitate oil-slicked, injured, ill and orphaned penguins.

REEFSCAPERS
At the end of the 1990s, the coral reefs of the Maldives were seriously affected by bleaching, and in some areas, 90% of corals died. The Reefscapers programme, which was launched by Thomas Le Berre, a Frenchman living in the Maldives, involves replanting coral fragments in order to replenish the stocks, and protect the coast from erosion

MEGAPTERA
MEGAPTERA is a French association
dedicated to the observation, understanding and protection of marine mammals and the whale shark. The MEGAPTERA approach, which is based on research, education and sustainable conservation, arose out of a growing awareness of the richness and uniqueness of these populations in the Indian Ocean region and the lack of information about them. To study and protect the whale shark, photo-identification is carried out and these giants of the seas are marked and tagged. 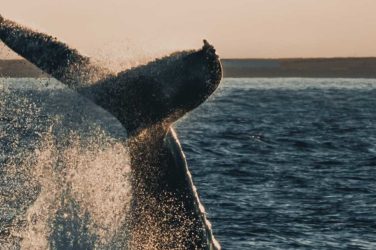 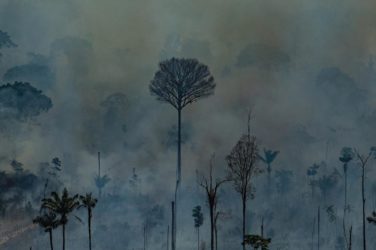 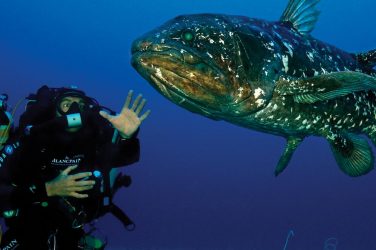 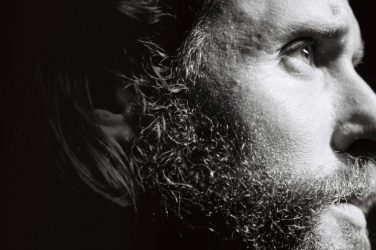 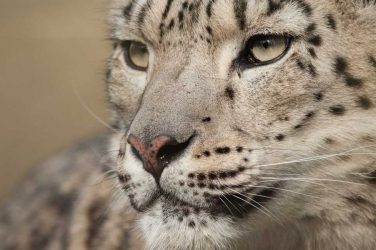