Founded in 1875 by Jules-Louis Audemars and Edward-Auguste Piguet, the company remains a family business today that has not been sold at any point in history, a very rare case in today’s watch world. In 2014, the Swiss manufacturer asked the architectural firms Bjarke Ingels Group and CCHE to design an expansion to their historical premises.

The result was a contemporary spiral-shaped glass pavilion to complement the company’s oldest building, blending tradition and forward thinking, offering a pristine setting for the horological creations that have made Audemars Piguet one of the most prestigious watchmakers in the world.
The curved glazing entirely supports the steel roof, while a brass mesh runs along the external surface to regulate light and temperature. The green roof further helps regulate temperature, while absorbing water. Inside, the curved glass walls converge clockwise towards the spiral’s centre, before moving in the opposite direction: visitors travel through the building as they would through the spring of a timepiece. 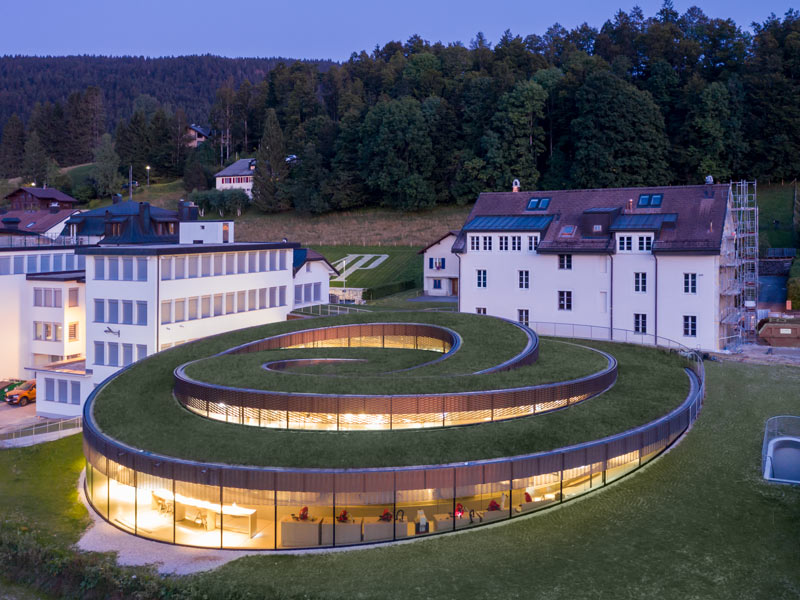 More than 300 watches are on display at the museum, including feats of complication, miniaturisation and unconventional designs. These watches tell the story of how modest 19th century artisans from an isolated valley at the heart of the Swiss Jura produced creations that caught the eye of metropolitan clients far beyond their borders and today, continue to captivate watch enthusiasts across the world.

The Musée Atelier Audemars Piguet offers a unique perspective of the Vallée de Joux and of the history of watchmaking, a project made possible thanks to the creativity and collaboration of a host of experts, including architects, engineers and local artisans.
Traditional workshops, where some of the manufacture’s most complicated timepieces are still perfected today, have been included in the museum’s spatial experience to bring visitors in close contact with Audemars Piguet’s craftspeople.

“We wanted visitors to experience our heritage, savoir-faire, cultural origins and openness to the world in a building that would reflect both our rootedness and forward-thinking spirit. But, before all, we wanted to pay tribute to the watchmakers and craftspeople who have made what Audemars Piguet is today, generation after generation.”

Jasmine Audemars , Audemars Piguet’s Chairwoman of the Board of Directors to offer visitors a truly diverse experience, museum designer Atelier Brückner imagined the composition of the exhibition as a musical score. Interludes, including sculptures, automata, kinetic installations and mock-ups of intricate mechnical movements, give life to various aspects of horological technique and design. Visitors are also invited to try their hand at some of the ancestral techniques perpetuated by Audemars Piguet, such as satin brushing and circular graining. The visit culminates at the centre of the spiral with the display of Grandes Complications, where each watch composed of more than 648 components spends six to eight months in the hands of a single watchmaker before leaving the workshop. 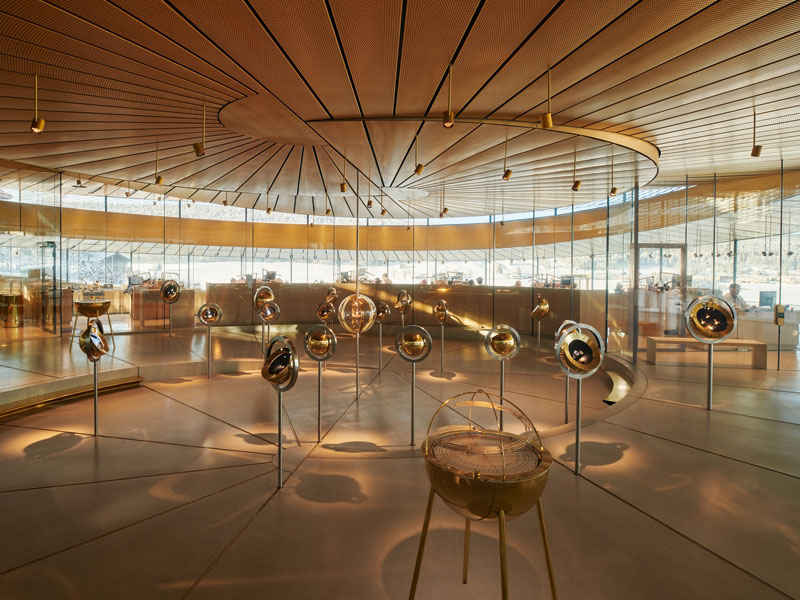 The second specialized workshop at the heart of the spiral hosts the Métiers d’Art, where Haute Joaillerie creations are conceived and crafted by highly skilled jewellers, gem-setters and engravers.
The astronomical, chiming and chronograph complications that have been at the core of Audemars Piguet since its establishment are orbiting around the ultra-complicated Universelle pocket watch from 1899. Inspired by the solar system, the spherical showcases of this section evoke the astronomical cycles of time at the heart of watchmaking.

The Musée Atelier Audemars Piguet also houses the Audemars Piguet Foundation, which has contributed to forest conservation through environmental protection and youth awareness- raising programmes since 1992. Preserving forests, educating children to the environment, restoring biodiversity and valuing traditional knowledge are the Foundation’s top priorities. Its approach aims to initiate, through the projects funded, a virtuous circle of sustainable development, by and with local communities.

The Board of the Audemars Piguet Foundation is chaired by Mrs. Jasmine Audemars, Audemars Piguet’s Chairwoman of the Board of Directors. Since 2012, Audemars Piguet has fostered a creative dialogue between contemporary art and Haute Horlogerie by commissioning artists to explore its geographic and cultural origins as well as themes including complexity and precision. For the opening of its Musée Atelier, they will exhibit commissioned artworks by friends of the brand Dan Holdsworth, Quayola and Alexandre Joly, which offer a creative interpretations of Audemars Piguet’s origins in the Vallée de Joux. 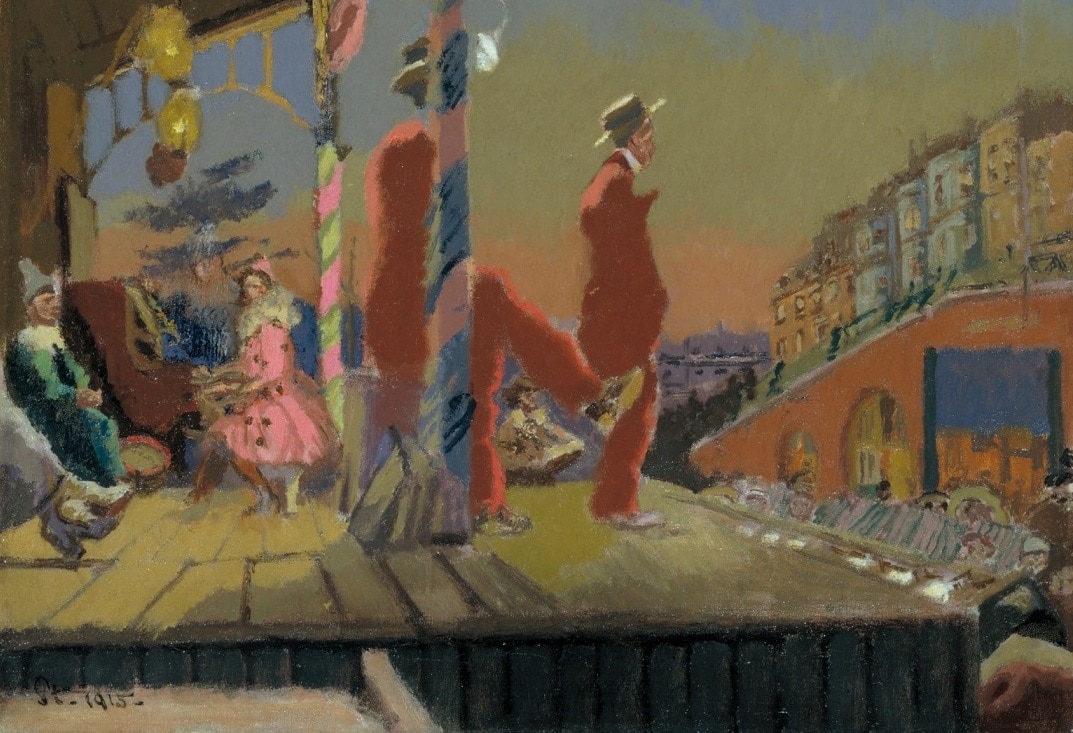