The right watch for these troubled times

This has not been the easiest time for the watch industry.  All watch fairs, even the makeshift ones, have been cancelled.  Non-essential stores have been closed-and would you believe it, that includes luxury watch boutiques, and people are quarantined in their homes in most countries around the world.  Some brands have even cancelled all releases for this year.  So, it takes a special sort of company to pluck up the courage to go ahead and release a major new piece for one of their lead series.  That brand better have the “bulldog” spirit.  And indeed, at the start of their press release, MB&F declared they would “forge ahead,” invoking the defiant pooch.

MB&F, a “David” of a brand in the face of the “Goliaths” in the industry definitely has that bulldog spirit.  The phrase originated from Britain’s shores, coined for a variety of reasons and generally used to refer to unrelenting courage.  The term evolved during the 19th century to signify the fighting canines who would take on beasts of much greater strength and size.  Plucky Bulldogs soon became a regular fixture in World War I propaganda posters.  The indomitable dog was ingrained in the British national consciousness thanks to Winston Churchill, who, during World War II, as Prime Minister, was often photographed with his bulldog “Dodo” by his side.  They say dogs take after their owners and Churchill, with his jowly face, broad body, and steadfast determination to overcome the Nazi forces was seemingly the embodiment of the bulldog spirit.

Max Busser & Friends (MB&F) have released their latest horological machine: the HM10, otherwise known as the “bulldog”.  As ever for the MB&F HM (Horological Machines) series, the watch is a far cry from what we normally perceive as something we would wear on the wrist.  The designs are always unique and unexpected and this one is no exception to that rule. It is beautiful, particularly in the all titanium version.  Previous HM pieces have tended to be based on cars or Japanese cult cartoons, with the exceptions of the HM3 Frog or the HM7 Aquapod; but otherwise Max’s inclination for industrial design has been the main influence. 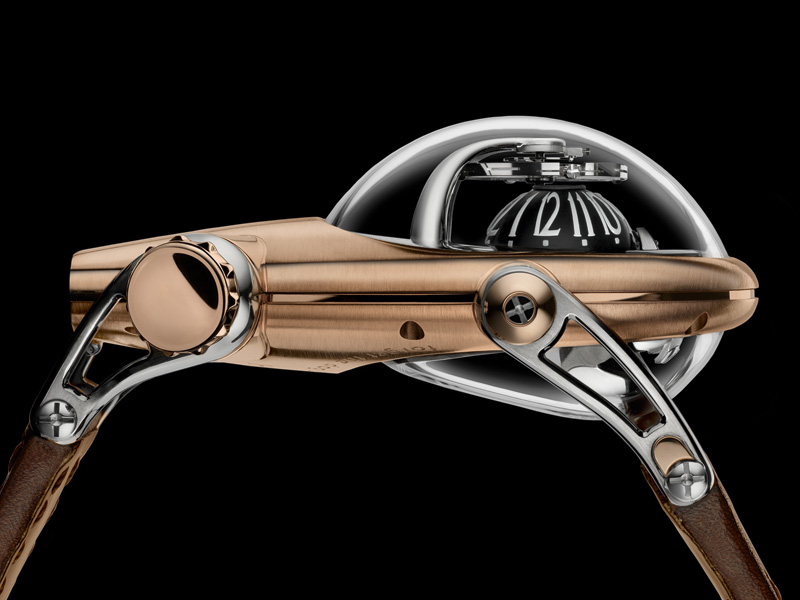 In this instance it was our four-legged friends that provided the thought genesis.  Apparently, while in Japan, Max Busser observed the canine bounding up to the owner and that same image entered his mind’s eye for design. Technically you could argue that the HM10 represents a design bridge between the HM series and the LM (Legacy Machine).  The watch is quite large: 45mm across the back, 54mm from nose to tail and a maximum height of 24mm at the dome.  Despite its size, the HM10 wears well on the wrist thanks to the sprung strap attachment lugs under the case.

Underneath the domed crystal on the top of the watch are domed time displays as seen in the HM3: one for the hours, one for the minutes.  Taking a design feature from the LM series, the floating oversized balance wheel is held in place by an arched bridge.  The lower crystal shows the power reserve, in this instance, a metallic jaw with teeth!  When the jaw is tightly shut, the watch needs winding, the converse when the teeth are far apart.  There are two crowns: one for adjusting the time, the other to wind the movement.

As for every MB&F HM watch the movement is completely proprietary and highly complex, even if it does something as simple as telling the time in hours and minutes.  This one is the result of 15 years of experience and finding technical solutions to unusual forms of design from Max, a hand-wound movement decorated in a similar fashion to other HM watches: dark-coated bridges and plates, bevelled angles, offset with other elements such as rhodium and gold-plated five-spoke wheels. What is always impressive is how MB&F bespoke the movement to fit the design of the case. 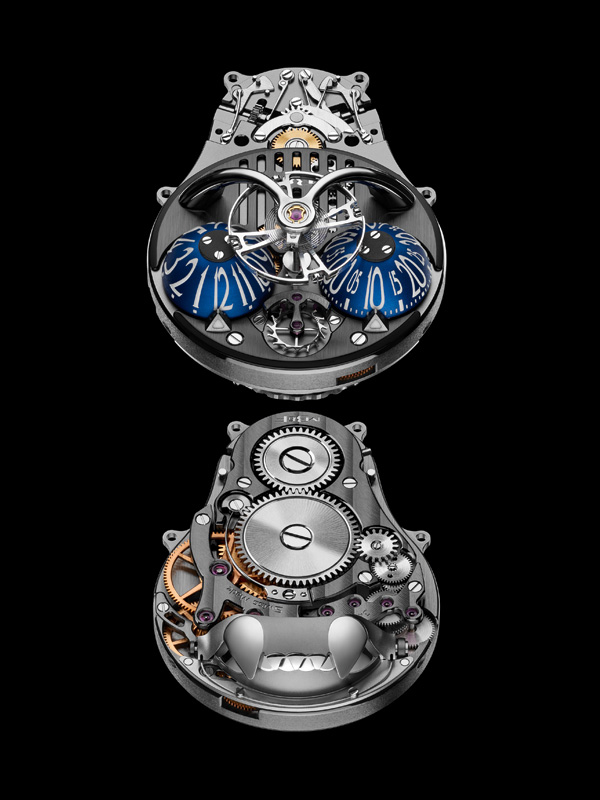 There are two versions of the HM10: a grade 5 brushed titanium case with blue eyes and a red gold and titanium one with black eyes. For once, neither version is a limited edition; they will be available at retailers in the coming days.  You will certainly need a steadfast determination to get one if you are in the UK as last I looked, your local luxury store was not in the Government’s “essential shopping” definition.  However, perhaps this is just the watch for this time and the release is very poignant, especially for the Brits, as we take on an invisible enemy and are in need of some true “bulldog spirit”. 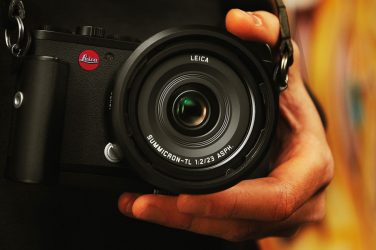 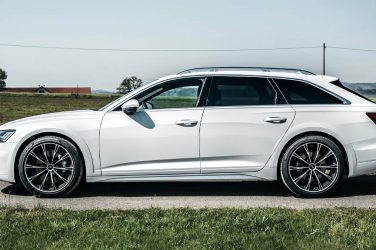 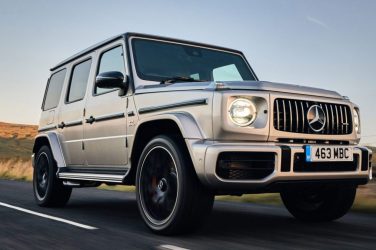 You’ve probably heard the expression “respect”, which has become ever so popular in modern ... 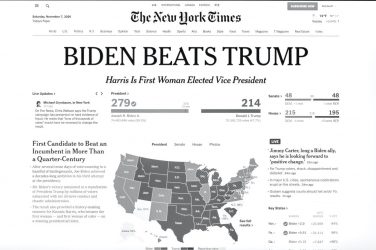 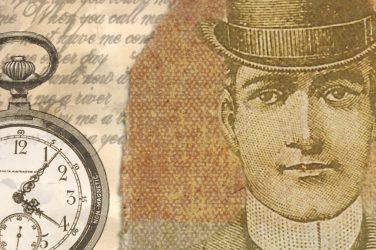 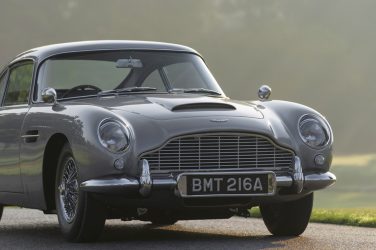 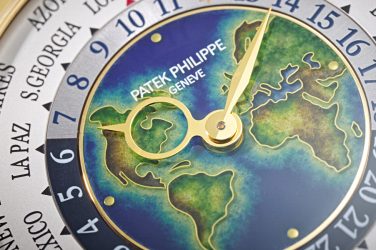