(opening image: Miyake Sho’s And Your Bird Can Sing)

Exploding across the UK with innovation and inclusivity, the 17th Japan Foundation Touring Film Programme explores happiness in films which scintillate with smiles and tears, excitement and awe.

Running from the 31st January – 29th March, the touring film programme embodies the meandering quests for happiness undertaken by its diverse cast of onscreen characters. A colourful spectrum of genres including anime, documentary, literary adaptation and drama illuminate the charms and challenges of contemporary Japan. From the friendly bows of staff members to the amusing speeches of Senior Arts Programme Officer, Junko Takekawa, the programme promises an immersive and insightful experience of Japanese culture. 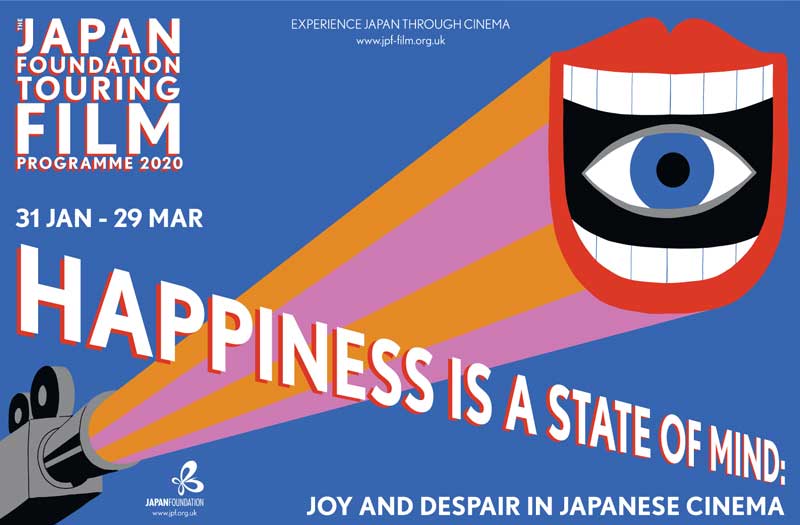 A highlight of the programme premiere at the ICA in London has been its wonderfully enlightening atmosphere. Each film is accompanied by informative handouts written by university professors and film critics, enabling the audience to connect with concepts such as hikikomori (the “shut-in”), seishun eiga (the “youth film”) and otaku (“fanboy/fangirl”). Feedback forms and Q&A sessions provide the opportunity to discuss themes raised by the films, as well as the intricate process of Japanese filmmaking. It is refreshing to hear waves of laughter from Japanese and English-speaking audience members as the words of guest speakers are translated onstage, celebrating social nuance and cultural synergy.

Happiness is interpreted and illustrated in a variety of styles across the films, capturing beautiful impressions of Japanese society. Snapshots of adolescent aspirations and anxieties, dichotomies between tradition and technology and the significance of family flash throughout the programme. Psychological and geographical pursuits of happiness are most effectively translated, bestriding cultural and linguistic barriers.

Transitioning between the light-hearted, hazy aesthetics of Ozaki Masaya’s Her Sketchbook, the slow, meditative rhythms of Miyake Sho’s And Your Bird Can Sing and the heart-piercingly moving story of Tsutsumi Yukihiko’s The House Where the Mermaid Sleeps, exemplifies the programme’s vast emotional range. Ozaki Masaya spoke boldly and openly about how his character was traced onto his protagonist Mami as she awkwardly shuffles her way throughout Her Sketchbook, confronting social insecurities with comedy.

Screening And Your Bird Can Sing on a Friday evening enabled the audience to walk out into the night like the film’s young, naïve characters, drifting through the deep blue cityscape of Hakodate. Reading Dr Imai Kohsuke’s notes about Japan’s laws regarding brain death and heart transplants injected striking realism into the traumatic, tragic plot of The House Where the Mermaid Sleeps.

“Watch widely and deeply, absorbing as much as you can from new films to
discover stories that inspire you to unlock your hidden talents”.

Directed by Mark Steven Johnson (Daredevil, Ghost Rider), Finding Steve McQueen is a hilarious film based on the true story …

By Lavinia Dickson-Robinson Now in its 45th edition, and for a 10th time, LAPADA has created a Stylish pop up …