LONDON – For the 22nd time Christie’s London will set the stage for the annual South Asian Modern + Contemporary Art auction. The majority of the works to be offered are sourced from private collections and are fresh to the market– these are works which have been acquired directly from either the artists or their galleries and are coming to auction for the first time. Led by a masterpiece by Tyeb Mehta, the London auction on 25 May will offer 68 works spanning from Bengal School masters Rabindranath and Abanindranath Tagore, to a body of work consisting of 54 individual works designed to be a set of playing cards; where each ‘card’ is by a different artist from masters like Syed Haider Raza to young contemporary artists like Shilpa Gupta.

This year’s sale will pay particular tribute to the Progressive Artists’ Group and their contemporaries which celebrates 70 years since its foundation on the eve of Indian independence in 1947. In the 1930s and 40s in India, the idea of modernism was linked with the growth of individual consciousness and internationalism as it was with the new sense of national identity in the country. Its expression in the arts then had important historical and sociopolitical dimensions. It was in this environment, just before India gained independence in 1947, that the Progressive Artists’ Group (PAG) was formed. The founding members included the masters Francis Newton Souza, Maqbool Fida Husain, Syed Haider Raza and, Sadanand Bakre, Krishnaji Howlaji Ara and Hari Ambadas Gade. Though unique in their individual style, the modernist vocabularies of each of the founding members of the PAG were united in their antithetical position to the academic, romantic and orientalist schools of art that they succeeded in replacing.

Their conviction and commitment to the ideal of building a new, modern cannon of art for India remained unchanged. It is not surprising then that the founding members of the PAG and their close associates such as Tyeb Mehta are counted among South Asia’s most important modern artists. This year to celebrate the 70th anniversary of their foundation, Christie’s will present a selection of exceptional examples of rare early works by all six original members and several of their illustrious associates. These works recognise these luminaries as the standard bearers for avant-garde Indian modern to this day. The centrepiece of the auction will be Tyeb Mehta’s (1925-2009) Untitled (Woman on Rickshaw), a painting from 1994 that epitomises the artist’s instantly recognisable minimalist format, and resonates with the quiet emotive poignancy that embodies the art of this modern master. Here, Mehta monumentalise’s the iconic rickshaw, making it a symbolic stage on which he casts an abstracted female figure, transformed by Mehta into an allegory for human suffering, indignity, subjugation and struggle for survival.

The image of the more traditional hand-pulled rickshaws can be found in Mehta’s works dating as far back as the 1950s, but only appears in his oeuvre on a grand scale much later, following a two year period from 1983, when Mehta was invited to be artist-in-residence at Viswa Bharati University, Santiniketan. “The rickshaw is not a simple means of transport but a sign of bondage.”– Tyeb Mehta The present painting is meticulously executed, extolling Mehta’s virtuosic technique. The sumptuous expanses of vivid colour are dissected by the subtle diagonals of the rickshaw handles and wheels and the failing limbs of its occupant, while the abstract use of fattened forms and the segregated monochromatic areas create a sense of harmony and stillness. For its lifetime the painting was in the same important Indian private collection and will be offered for the first time at auction with an estimate of £1,500,000-2,000,000 / $1,900,000-2,500,000).

In recognition of the breadth of Tyeb Mehta’s artistic evolution, his 1961 expressionist painting Thrown Bull is one of his earliest uses of the image of the iconic bull, a motif that would remain at the core of the artist’s oeuvre and the same subject that would win him the Gold Medal at the inaugural Indian Triennale in New Delhi in 1968. Thrown Bull is also one of the earliest examples of Mehta’s gestural expressive style which he developed during his stay in the United Kingdom. Having arrived in London in 1959, this painting is indelibly tied to the artist’s new experiences where he encountered European Expressionism, a breakthrough moment for him that saw his style undergo a radical change. During this period, Mehta’s works were dominated by muted colours and thick textured impasto, the most sculptural of his entire oeuvre. This significant early work by the modern master has remained a part of the illustrious collection of Nuffield College, Oxford since the 1960s (estimate: £120,000-180,000 / $150,000-220,000).

“I was looking for an image to express this anguish and years later, I found it in the British Museum. I was fascinated by the image of the trussed bull in the Egyptian bas relief and created my first major painting” 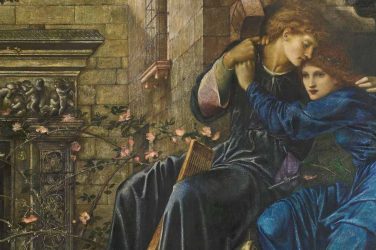 Edward Burne-Jones, the last of the Pre-Raphaelites 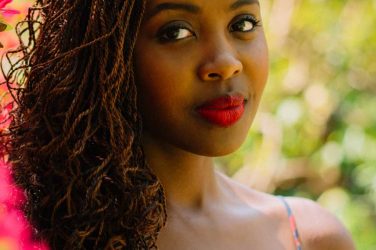 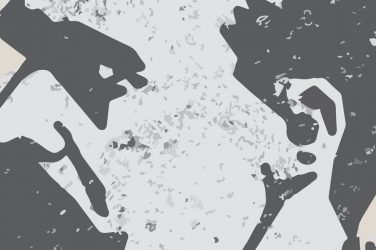