It all started with a road race. The “Carrera Panamericana” was inaugurated in 1950 by the Mexican government and was scheduled as a six-day border-to-border dash to celebrate the completion of Mexico’s portion of the Panamerican Highway. It was considered the most dangerous and exotic race in the world attracting the very best drivers and cars. Participants approached the race with a win-at-all-costs mentality.

The early 1950s was an exciting time to be in motor racing. During the time the race was held, there had been considerable technical transformations in the design and manufacture of the cars, especially among the European entries. The speed on the race stages had almost doubled as a result and with this came concerns over safety controls. Rules about the racing, for competitors and spectators alike, remained static and casualties increased over the time the Carrera Panamericana was being run.

Because of safety concerns and the expense to the government, in 1955 President Adolfo Ruiz Cortines cancelled the race announcing that its original task of publicising the highway was complete. The 1954 event was the most tragic with a record total number of deaths. In this year of misfortune, Porsche drove to success with their 550 Spyder, in the Small Sports Car category.

Porsche put their trust in a young German driver: Hans Hermann, who (with the same car marque) would go onto class victory at Le Mans with Jo Siffert in 1967 and a famous overall victory with Richard Attwood in 1970. To commemorate the win, Porsche named and designated the Carrera in late 1954: a new design and a four-cam racing “Carrera” engine were fitted into the 356S. The 911 Carrera made its first appearance in 1963, coincidentally, the same year that Heuer introduced the chronograph with the same name. TAG Heuer has been connected to motor racing in some form from the 1960s. Jack Heuer (great-grandson of the original founder) designed the original Carrera.

It was a very simple concept, with only the registers and applied markers on the dial. The fixed inner bezel was divided into 1/5 second increments. Jack tells the story of his inspiration behind the watch: “I first heard about the Carrera from Pedro Rodriguez at the Twelve Hours of Sebring, where I was the Official Timekeeper. He and his brother Ricardo were two of the fastest, smartest and bravest endurance drivers of all time. To hear them talk of the Carrera, which our brand’s long-time friend Juan-Manuel Fangio had won in 1953, but which had been stopped in 1955 after a number of fatalities, made my imagination soar. Just by the sound of the name itself – elegant, dynamic, easily pronounced in all languages and charged with emotion, I knew that my new chronograph was the perfect tribute to this legend.”

The design of the original 1963 Carrera was inspired by the instrument panel of a racing car, where the key was legibility and clarity. Being designed for motor racing meant that the watch had to be a chronograph (that is, include a stopwatch feature) with a tachymeter scale, allowing speed to be calculated. It was Jack Heuer that initiated the brand’s link to Porsche through a creative sponsorship with racing driver and Porsche dealer Jo Siffert.

Recalling the terms of the arrangement, Jack noted it was a good deal for the watch brand, “In exchange for CHF 25,000, he (Jo) would put our logo on his car and suit. In addition, he could buy our watches at wholesale prices and resell them to his racing friends at a substantial profit; which he did with great success because half of the F1 paddock was wear- ing Heuer watches by the end of the 1969 season!” Jack Heuer globalised the brand by persuading Enzo Ferrari to feature the Heuer insignia on his Formula 1 cars. As well as Jo Siffert, the watches were worn by legendary drivers like Jochen Rindt, Mario Andretti and later, Ayrton Senna. The Heuer brand became synonymous with the sport. It was also the Porsche connection that led to the pioneering product placement and a starring role in the racing movie “Le Mans” with Steve McQueen. The ascent to global recognition for the watch brand was complete.

In the years since, there has continued to be an association, but not a co-branding or partnership arrangement. There was the link between Porsche and TAG Heuer (when the Swiss watch brand was acquired by the TAG Group in the mid-1980s) which also produced the TAG-Turbo engine used by the McLaren team to win three consecutive F1 world titles: with Niki Lauda in 1984, followed by Alain Prost in 1985 and 1986. There was the Porsche Carrera Cup and Supercup competitions in 1999. More recently, in 2019, TAG Heuer was a founding partner of the Porsche Formula E team as title and timing partner. This year, the watch manufacturer announced that it was teaming up with Porsche for a wide-ranging and long-term partnership that includes a variety of initiatives ranging from (unsurprisingly) special edition chronographs to shared materials and technology.

TAG Heuer and Porsche have common history and values, of course, but more importantly, we share an attitude…

TAG Heuer CEO Frédéric Arnault noted that the time is right for this partnership: “TAG Heuer and Porsche have common history and values, of course, but more importantly, we share an attitude. Like Porsche, we are disruptors at heart, always in pursuit of high performance. With this alliance, TAG Heuer and Porsche finally come together officially and will create unmatched experiences and products for customers and fans that are passionate about both our brands and what we stand for.” Likewise, for the other half of the brand partnership, Detlev von Platen, Member of the Executive Board for Sales and Marketing at Porsche AG declared that “The strong friendship of our brand with TAG Heuer has existed for decades and I am more than happy that we are now taking the next steps in the frame of a strategic partnership.

We bring together what our customers love the most about both of us: authentic heritage, thrilling sports events, unique life experiences and the fulfilment of dreams. We both strive to create some unique, magic moments for our communities. We now look forward to doing it together.” The new TAG Heuer Carrera Porsche chronograph stays true to the original heritage described by Jack Heuer; a watch that is inspired and stays true to the instrument panel and aesthetics of the modern-day Porsche Carrera.

While certainly larger than the original, at 44mm in diameter, the new Porsche Carrera chronograph has a red/black/white styling that mirrors Porsche Motorsports’ racing colours: a black ceramic bezel and a textured charcoal grey dial with luminous Arabic numerals. The watch even features a display caseback showing a winding rotor design that looks like the steering wheel of a Porsche 911.

The movement beneath the dial is TAG’s proprietary Heuer Automatic 02, which features a vertical clutch and column wheel along with a power reserve of 80 hours and a maximum 12-hour measure for the chronograph. The watch can come fitted with either a stitched leather strap or a steel bracelet. It has been a long road for two brands inspired by the same race and using the same name for its products to come togeth- er in a collaborative arrangement. Given the overtures made by the CEOs of both TAG and Porsche, the new path stretches into the distant horizon for some time to come. 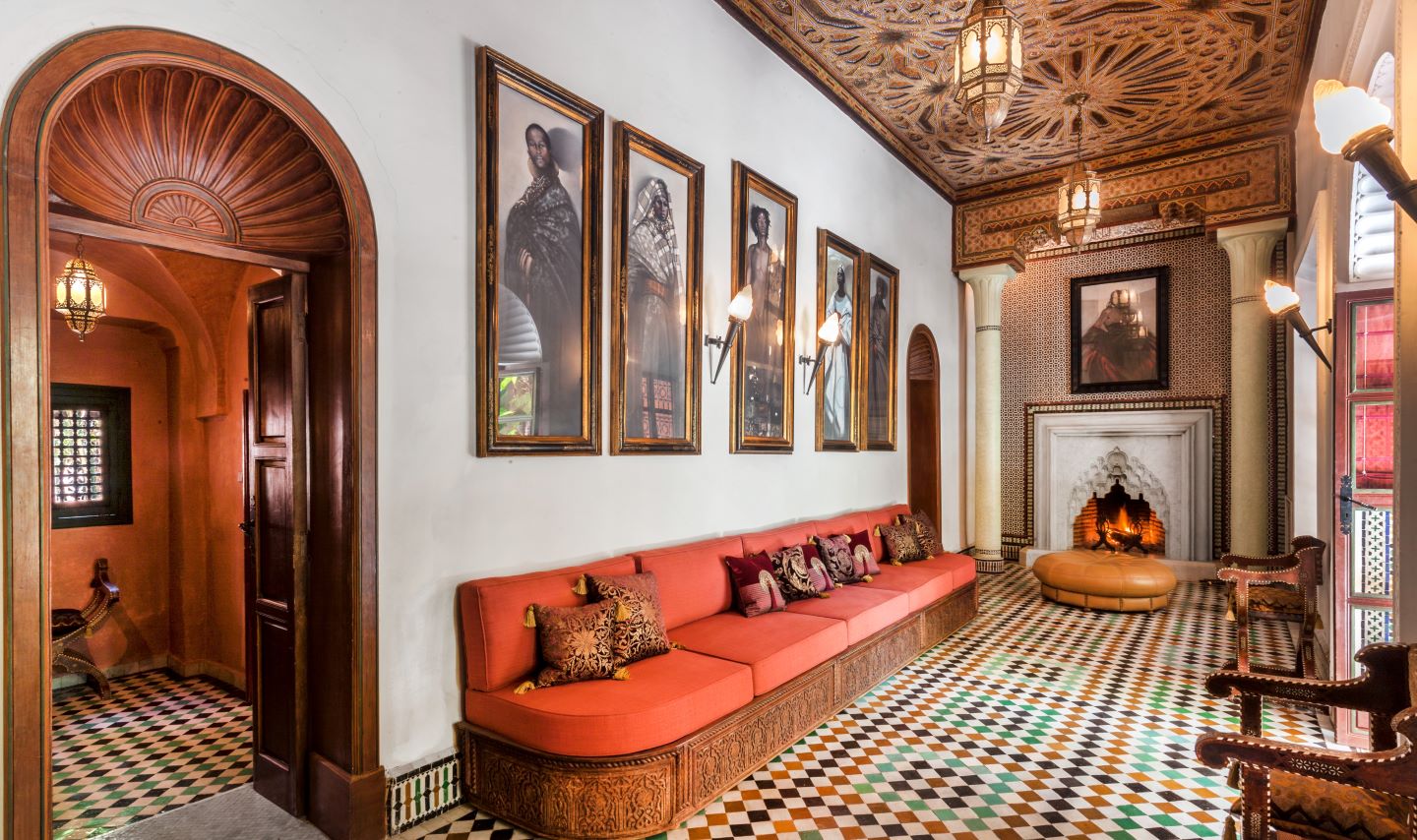 The Magic of Marrakesh

For over thirty years Meryanne Loum-Martin has been the style setter of Marrakesh and ...

For over thirty years Meryanne Loum-Martin has been the style setter of Marrakesh and here she brings all her knowledge, … 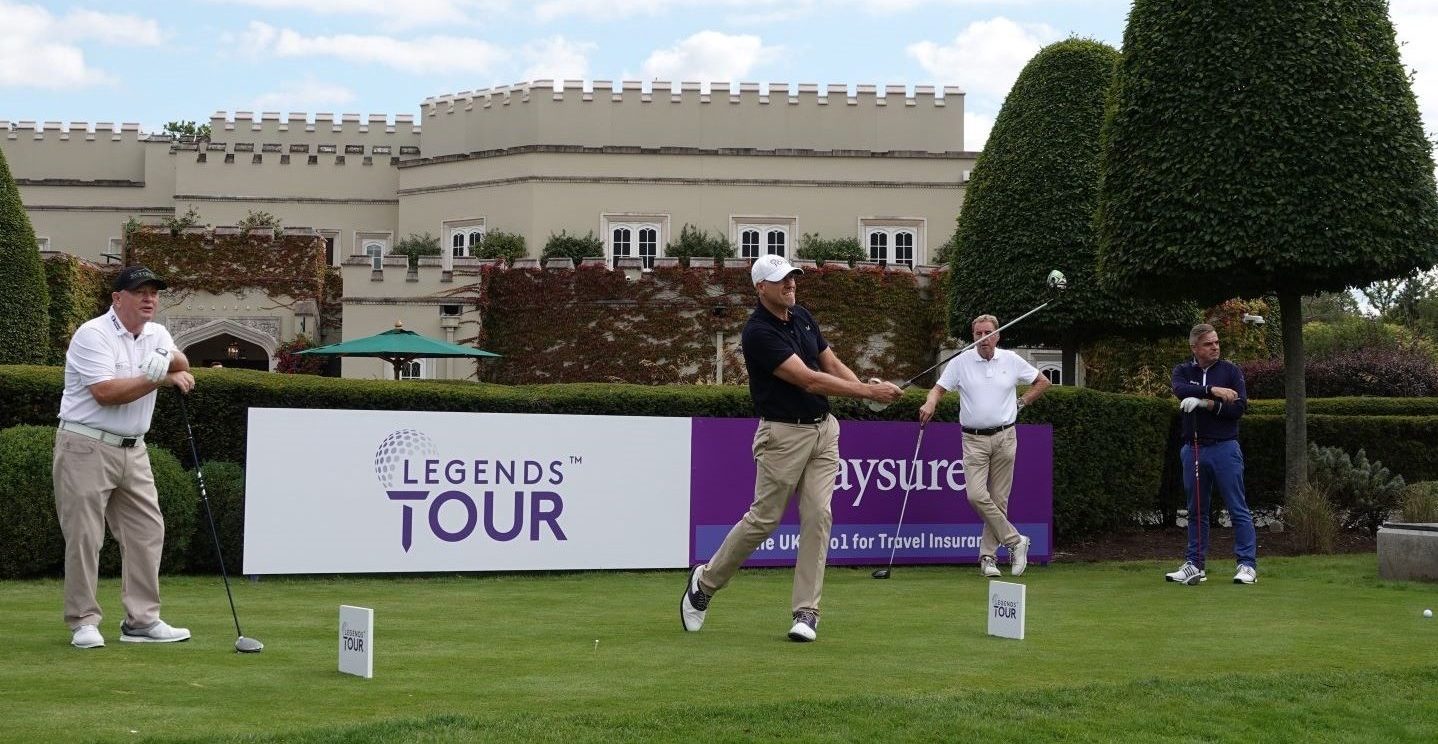