Bentley’s centenary year has had a Janus face aspect to it: looking forward to sustainability and zero carbon emissions, while learning from their past craftsmanship and engineering. In the same year, Bentley produced the futuristic EXP100, their vision of the car in 2035; they completed or inaugurated projects that examine the cars of yesteryear; and produced limited edition cars named after the individuals who fashioned Bentley into the marque it is today. Busy year! But one thing is assured, Bentley Motors is well placed to grow and prosper for the next century. It was Bentley’s time to take stock and move forward to redefine luxury and mobility in the 21st century.

On July 10th 2019, 100 years to the day since foundation, Bentley unveiled the EXP100GT. A beautiful sleek sculptured form for an automobile embodying everything Bentley could envisage a luxury grand touring car would be in 2035. Taking nothing away from the marque’s knowledge of hand building and hand crafting a luxury car, the EXP100 incorporated new technology that would add to the experience of luxury travel by car and the wellbeing of the driver and passengers. Adrian Hallmark, Chairman and CEO summed up the EXP100 as: “… Comprehensively stands for everything in Bentley’s future. The only aspects that remain from Bentley’s heritage are excellence in craftsmanship and design.”

More importantly, the EXP100 car itself represents the move towards a sustainable future. At a time when the motor industry is being asked serious questions about clean and sustainable products, Bentley, under Hallmark’s leadership, has chosen to push forward to lead in the development of such technology: “In order to progress sustainably, the automotive industry needs to move away from the techniques and materials that belong solely in the past. I want Bentley to pioneer this.”

While accelerating towards the future, Bentley have not forgotten their rich and illustrious past. Reaching a hundred in the motor industry is a rare feat; particularly when the mandate of the founder: “To build a fast car, a good car, the best in its class” is still the operative mantra at the company today. When Bentley had just started, W.O. (Walter Owen Bentley) introduced the Super Sports car, which was accompanied by a very bold claim: guaranteed to lap the outer banked circuit at Brooklands at 100 mph.  Both mechanics and track condition were obstacles against engineering such a car. First, the race car lap record stood only just above that and this was a road car. Second, the surface of the outer lap at Brooklands was more akin to an agricultural track than a race circuit would be today. Yet the car was built.

In its centenary year Bentley has taken a look back at that era when the legend was created. In total, four different projects have commemorated, for want of a better term, the “Bentley Boys” era. First up was a trio of limited editions created by the Mulliner team that celebrated the iconic cars of the founder and the more famous racing cars from the first decade: the Mulsanne W.O. Edition, the Continental GT Number 9 Edition and the Continental GT Convertible Number 1 Edition. In a sense, the obvious choices, but equally vexing to the founder perhaps in that the two Continental limited editions honour cars of which he did not approve; W.O. did not believe in the supercharged engine, although history has shown that Birkin was ultimately correct.

The fourth project has been far more ambitious in scope and work. The Bentley Blower Continuation Series will take Birkin’s own Team Car No. 2, registration UU 5872 that played a pivotal role in the factory Bentley Speed Six victory at LeMans in 1930, take it apart, digitally scan and catalogue in 3D each part to build a virtual model of the entire car. Then, using Bentley Motors’ generations of handcraftsmanship skills, the 1929 “Team Blower” will be the master example for 12 continuation cars. It is an ambitious project and one that will take the Mulliner craftspeople 2 years to complete.

A similar project that saw fruition this year was the rebuilding of the 1939 Bentley Corniche. Eighty years ago, when new, the car was a radical step forward introducing streamlining for greater speed and performance over the more traditionally styled Bentleys at the time. The Corniche became Mulliner’s first historic car project, helping to build and demonstrate their impressive breadth of coachbuilding and restoration skills. Using the original technical drawings, the car has been rebuilt at Crewe incorporating original Corniche and Mark V mechanical components. The body was completely re-manufactured in every detail to the original.

On the historic projects Adrian Hallmark noted: “Reconstructing these cars required our meticulous knowledge, eye for detail and upmost care to ensure that they were faithful recreations – however, we are also to make use of the very latest digital technologies, modern techniques and evolved craftsmanship. Restoring the models of our past is essential to maintaining our heritage for future decades.”

Bentley are now poised between this century and the last. Throughout it all, they have remained true to their founding principles. They were always (and still are) THE luxury car marque. From the very first engine and chassis configurations to roll off the production line at Cricklewood. Bentleys were to order. While coachwork knowledge was the lineage of firms that were once the mainstay of Mayfair (although mostly all now long forgotten) like Gurney Nutting, Park Ward, or H.J. Mulliner, Bentley were always about bespoke, about the choice of whatever you wished for in a luxury car.

That bespoke and handmade nature of the car is still in evidence today at Crewe. It’s the detail in thought that becomes so apparent, like wood veneers that are matched and mirrored according to the customer’s choice; advances may have been made in other parts of automotive design, but the construction of the body is still hand welding; engines are still constructed by individual mechanics; the car is finished and polished by hand; someone even hand irons the leather on their sumptuous seats. The cars are very much the same in terms of human content: neighbourhood friends and generations past and present of people who have worked on the cars that proudly wear the winged B insignia.

The future is the harnessing of such skills and dedication to keep manufacturing luxury automobiles. While the EXP100 may have a dashboard of copper infused carbon neutral fossilized wood, the crafting of the material to the form required will still rely on the skilled hand. Hallmark summed up the future for Bentley as a fusion of the old and the new: “… The Bentley EXP 100 GT was designed exactly as the antithesis of the reconstruction of cars. It comprehensively stands for everything in Bentley’s future. The only aspects that remain from Bentley’s heritage are excellence in craftsmanship and design. Old cars have their place but have little to do with the next phase of Bentley’s development. I firmly believe that all ideas introduced through the launch of the EXP 100 GT will be reflected in Bentley designs over the coming decades and that all new technologies or materials will be in use or have been developed even further.” Bentley passes through the 100 mark and accelerates into the future. Sounds familiar.

A breath of fresh air. By Lavinia Dickson-Robinson This stunning new jewellery company has filled a niche in the market … 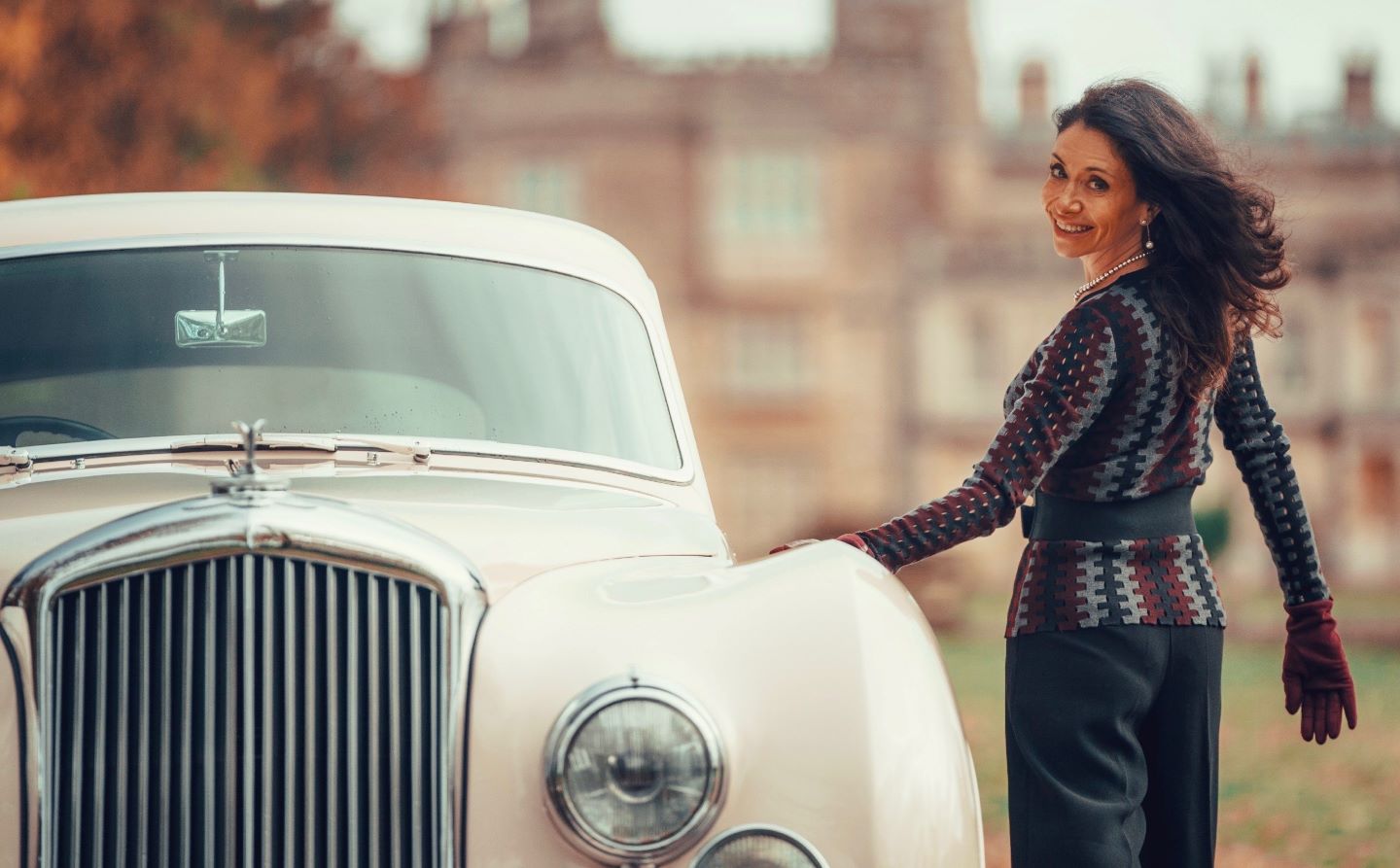 Blancpain re-interprets one of its vintage pieces from the 1950s, the Fifty Fathoms with a water-tightness indicator The history of …