With Eurostar launching its direct service to Amsterdam this year, traveling from London to Holland is now easier than ever. In just three hours and 41 minutes, you can be transported to a world full of coffeeshops, canals, and the red light district – Europe’s most notorious tourist attraction. But for those who remember the days before Eurostar, the trip used to be a lot more complicated.

The first time I visited Amsterdam was in 1993. I was studying at Oxford during a year abroad. The 10+ hour trip via bus, train, and ferry was nothing short of a pilgrimage. While waiting for the ferry to Calais, with time to kill, I took a short hike up the white cliffs of Dover. I arrived in Amsterdam exhausted but exhilarated, white clay still on my shoes. During the trip, I took an innocent stroll through the district, marveling at the women who didn’t seem to belong there. It was horrifying and memorizing all the same, and difficult to process. At the time, I had no intention of returning. Also, at the time, I had no intention of becoming a writer. That changed a few years later, when I found myself working for Labour MP Dale Campbell-Savours in the House of Commons while studying at the London School of Economics. I was hired to help Dale with an international boycott of Campbell Soup due to unethical business practices in Workington. As an American, he figured I could be useful. The boycott failed, but while roaming the halls of Parliament, I connected with Austin Mitchell, MP from Great Grimsby. All I previously knew about Austin was that I read his book Westminster Man while studying PPE as an undergrad.

Austin had a new book he needed help with, which involved interviewing members from Harold Wilson’s administration from the sixties to provide advice to Tony Blair, who was months away from becoming Prime Minister. I traveled the country, spending days with Tony Benn, Michael Foot, Lady Castle and others, and pieced together the book. I thought I was just going to receive a nice thank you in the acknowledgments. I thought wrong. Little did I know, Austin put my name on the cover. I remember walking down Oxford Street in the light rain and seeing the book for the first time. I was just 23. Austin was beyond gracious, and my career as a writer was born. That said, few can live off royalty checks. I certainly couldn’t. Accordingly, I left England to study international law at Berkeley. My plan was to return to London as a newly minted lawyer down the road. While in law school, I published my second book on intellectual diversity in higher education, and then took off to Amsterdam to study international law. But really, I had something else in mind. Years after my first visit to Holland, images from the district still haunted me. I knew I wasn’t alone. I was amazed a place so frequented was also largely ignored. The subject matter was taboo. Sure, take a trip. Smoke a joint. Wander the streets, and have an adventure, or two. But what happens in Amsterdam stays in Amsterdam. It was a world left behind, and largely invisible. I wanted to write a book that changed that. Over the next four months, I dove deep into the district, largely without a plan, with hopes of demystifying the place. 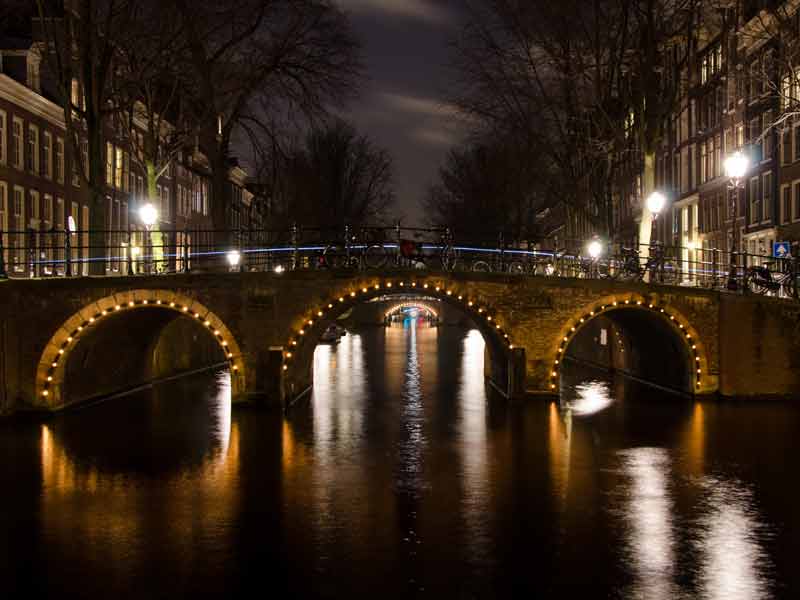 In writing the book, I set a rule for myself. I could never become a customer, or pay a woman to talk. That would defeat the purpose. I needed to find a woman who cared enough to open up without money changing hands. I needed to find someone who believed change was possible. It wasn’t an easy task. What resulted was a love story that could never have been imagined. After leaving Holland, I began a career as an international lawyer, and then as a talent lawyer representing the likes of Steven Spielberg and Madonna. Struggling to find perspective, and stifled by corporate America, I carried the story around with me for another 18 years before finally publishing Amsterdam Exposed: An American’s Journey Into The Red Light District (May 1, 2018, De Wallen Press).

Much has changed in Amsterdam since 1999 when the events of the book took place. Currently, the district is fighting for its survival. As recently as April 2018, new laws have been enacted limiting tourism, and imposing hefty fines on anyone taking photos of the women. More significantly, major efforts are being made to remove the district from the heart of the city, in an attempt to reclaim and revitalize it. In 2000, there were 510 windows in Amsterdam. As of 2016, there were 384. That’s a 25% reduction. If things proceed as planned, the district that has persevered for hundreds of years may soon become a memory. Back in 1999, I could never have imagined I would be writing about a world facing extinction.

The topic of prostitution is complex, and the book steers clear of passing judgment. Rather, it’s about casting new light on a world so many of us have visited, yet so few understand. The question remains: is the red light district the answer to the problem, or the problem itself? Even after writing the book, there are no easy answers. For sure, people have strong views on the subject. But you must first truly see a world before trying to change it. One thing’s for sure. When addressing the subject of prostitution, you can’t hide behind a moral code. By doing so, you can unwittingly hurt the very people you are trying to protect. Much was learned from my journey. On a micro level, I learned about the rules of the district, and its unspoken “10 Commandments.” On a macro level, I learned how none of us are really different from the women who work there – just differently situated. And I learned that, for most of us, lawyers and prostitutes alike, we put ourselves in life where we think we belong, whether we can accept that, or not. As Shannon L. Alder writes,

“Your life perspective comes from the cage you are held captive in.”

But even for a prostitute, change is possible. In fact, it’s inevitable. Sometimes though, society stands in the way. We become the problem. The book aims to correct that, and restore dignity to the women who have been stripped of theirs over and over again – for centuries. In an age where women’s rights are on the forefront, and rightfully so, we can’t simply forget those who many wish to disregard, or worse, ignore. While there may be little to celebrate about the district, there is a lot to digest. Through new understandings, we can elevate us all. And maybe, just maybe, we can come closer to finding meaningful solutions to problems that desperately need fixing.

DAVID WIENIR is the author of several books, including Amsterdam Exposed: An American’s Journey Into The Red Light District (2018) and Last Time: Labour’s Lessons From the Sixties with Austin Mitchell, MP (1997). He was educated at Columbia, Oxford, The LSE, Berkeley, and the Vrije Universiteit Amsterdam, and is married to Dr. Dina, the inspiration for Nancy Botwin in the show Weeds.

The Danish-Icelandic artist’s exhibition Symbiotic Seeing, which can be seen at Kunsthaus Zürich until March 22, lets you experience the …

by Lavinia Dickson-Robinson How on earth do you begin to put into a limited ...

Despite the increased awareness of film-industry sexism spearheaded by the #MeToo movement, women still ...

Despite the increased awareness of film-industry sexism spearheaded by the #MeToo movement, women still fall short in terms of representation …