We are pleased to present a new series of articles by Dr Charudutt Mishra and Matthias Fiechter which will focus on the wonders
of the natural world, the needs and challenges of biodiversity conservation, and the advancements in conservation science.

I stopped once again to admire and soak up the magnificent chough’s eye view of snow-covered peaks for as far as my eyes could travel. Under my feet, the thick blanket of snow, which had been more than three meters deep near the top, had started to thin out. I was descending from a nearly 6000m tall peak called Kanamo, north of the Greater Himalayan range.

Here, almost a kilometer below the peak, a few pieces of sharp-edged rocks were jutting out of the snow. Part of the very rocks and boulders that had first formed this massive range, tens of millions of years ago. But now, they were splintered into smaller pieces, some even pulverized by the action of glaciers and snow over the eons.

Truth be told, I had actually stopped to regain my breath in the rarefied high-altitude air. The life-altering vistas were a bonus. I sat down amidst the snow and rocks. It was a welcome break.

Oddly, at this place, amongst the sharp-edged splinters, there were also a few well-rounded rocks jutting out of the snow. They looked more like small boulders that you typically see along river beds, shaped by the erosive action of fast-flowing water. Here, in the near frozen world, much above the point of origin of any river, such smooth, rounded rocks seemed quite out of place. Why would anyone lug them all the way up? It didn’t make sense. But then, not much makes sense when your brain is starved of oxygen. As I squatted down, I had instinctively chosen to rest my hand for support on one of these round boulders rather than on the sharp-edged rocks. That’s when it got even more bizarre. The rock yielded like a sponge, bending under the pressure of my palm. What on earth was going on? Was I imagining things? Hypoxia can make you delirious, as any mountaineer will tell you.

Strange things happen at the snow line. It is full of contradictions. Lying close to mountain-tops, the snow line represents the dividing line between land that is covered with snow, and land that isn’t. To start with, it is not really a line, either straight or curved. It is highly irregular, and it is often broken. It changes constantly, and, as if not able to make up its mind, it ascends and descends seasonally.

The snow line is a source of water

The snow line is a source of water – it fringes glaciers that give rise to mighty rivers such as the Ganga and the Brahmaputra, which feed humans and biodiversity alike. And yet, the plants growing near the snow line often find their landscape dry and barren. It may be full of snow and ice, but it’s a desert up there. And the contradictions don’t quite end there. At the snow line, you can get sun burnt and frostbitten at the same time. Despite its paradoxical nature, the snow line symbolizes equilibrium. After all, this is where snow melt balances out the accumulation of snow. It’s not for no reason we are told that sages often headed to high Himalayas in search of enlightenment. As do many monks who meditate near the snow line even today.

Most of the time, not much goes on near the snow line. It is cold, the air is thin and life is sparse; and yet, spend enough time there, and you begin to notice amazing things around you. A curious raven might decide to pay a visit. It will hang around till the guilt has built up enough for you to reluctantly part with your last piece of bread. Once in a rare while, you might even see a snow leopard – one of the most splendid creations of nature. Amongst the rarest and most mysterious of large carnivores, this is a flagship for conserving Asia’s high mountains. The cat’s beauty and elusiveness add to its appeal. To conserve snow leopards in the wild, the entire high-altitude ecosystem must be effectively conserved.

The iconic snow leopard. Photo credit: Shanshui and Snow Leopard Trust
As I sat down at the base of Kanamo, a lone bumble bee came busily buzzing around, distracting me momentarily. This tiny busy bee minding its own business is not be ignored, but to be highly admired and commended. These are amongst the most incredible flyers of the animal kingdom – they can fly higher than most other insects or even birds can. Experiments in pressure-controlled chambers show that they manage to fly at altitudes higher than Mount Everest. Despite the low air pressure – a third of what it is at sea level – and despite having relatively small wings, these tiny creatures are able to generate enough lift under their wings to take off seemingly effortlessly. Once airborne, they are able to generate enough thrust to move around at remarkable speeds in the cold and thin air. Bumblebees have mastered the biomechanics of flight.

As the tiny creature flew away, I turned my attention back to the mysterious boulder that had given way under my palm. As I looked carefully, it was hard to believe what I was seeing: the boulder was covered with a beautiful and intricate pattern, a fine stellar geometry.

I inverted my binoculars, turning them instantly into a crude microscope. Holding the eyepiece close to the surface of the rock, I looked through the objective lens more carefully and excitedly. The boulder that had just made me doubt my sanity turned out to be, unbelievably, a plant.

That is how I first discovered the golden alpine sandwort, or Thylacospermum caespitosum, one of the few hundred species of highly specialized cushion plants that inhabit the earth’s harshest alpine and Arctic environments. They grow in some of the coldest regions on the planet, and some cushion plants have been recorded from altitudes of 6000 m. But, why do they look so strange? First of all, high up at this altitude, spring was yet to begin, even though just a few hundred vertical meters further below, other species of plants were already growing and even flowering. Meanwhile, the few sandworts I had just seen were still in their senescent overwintering phase, and were the colour of brown rock.

And what was going on with their shape and design? Cushion plants form tight masses of closely spaced stems, all growing in a synchronized manner such that no stem outgrows the other. Those stems give the plant a rounded, boulder-like appearance. They are packed so tightly together that they give a continuous matte-like appearance on the surface. Each individual stem ends in a rosette of tiny leaves, which explained the intricate design I was looking at through my inverted binoculars.

Interestingly, the physics of this growth-form seems to be so effective in dealing with the cold, dry and harsh alpine and Arctic environments that this shape has evolved more than a hundred times independently amongst the alpine species of the plant world, in various parts of the world. Processes leading to such similarity among species are called parallel or convergent evolution.

The curious shape of cushion plants helps moderate the temperature in the cold surroundings, stores moisture in the dry landscape, and increases soil quantity and nutrients on the otherwise rocky substrate. It also allows the plant to weather abrasive winds and blizzards by preventing the wind from penetrating. At this altitude, temperatures suitable for plant growth last just a few days each year. The substrate is rocky and the soil minimal. As a result, cushion plants take an incredibly long time to grow. Some are thought to grow less than a centimeter each year. So, my newest acquaintance at the base of Kanamo could have been hundreds of years old. Isn’t that incredible?

As must be obvious by now, I like to hang out around near the snow line whenever I get a chance. The snow line is often covered by clouds. But on a good day, it can offer a magnificent perspective. I am not a sage or a monk seeking spiritual enlightenment; my worldview is rather humble. I am not mountaineer either, and my aim is not to scale summits. I am excited however, by the way nature works. I try to observe and study it, and I try to do my little bit to help conserve its grandeur. Along with the high mountain species and ecosystems, today, thanks to global warming and human-induced climate change, the future of the snow line itself is uncertain. 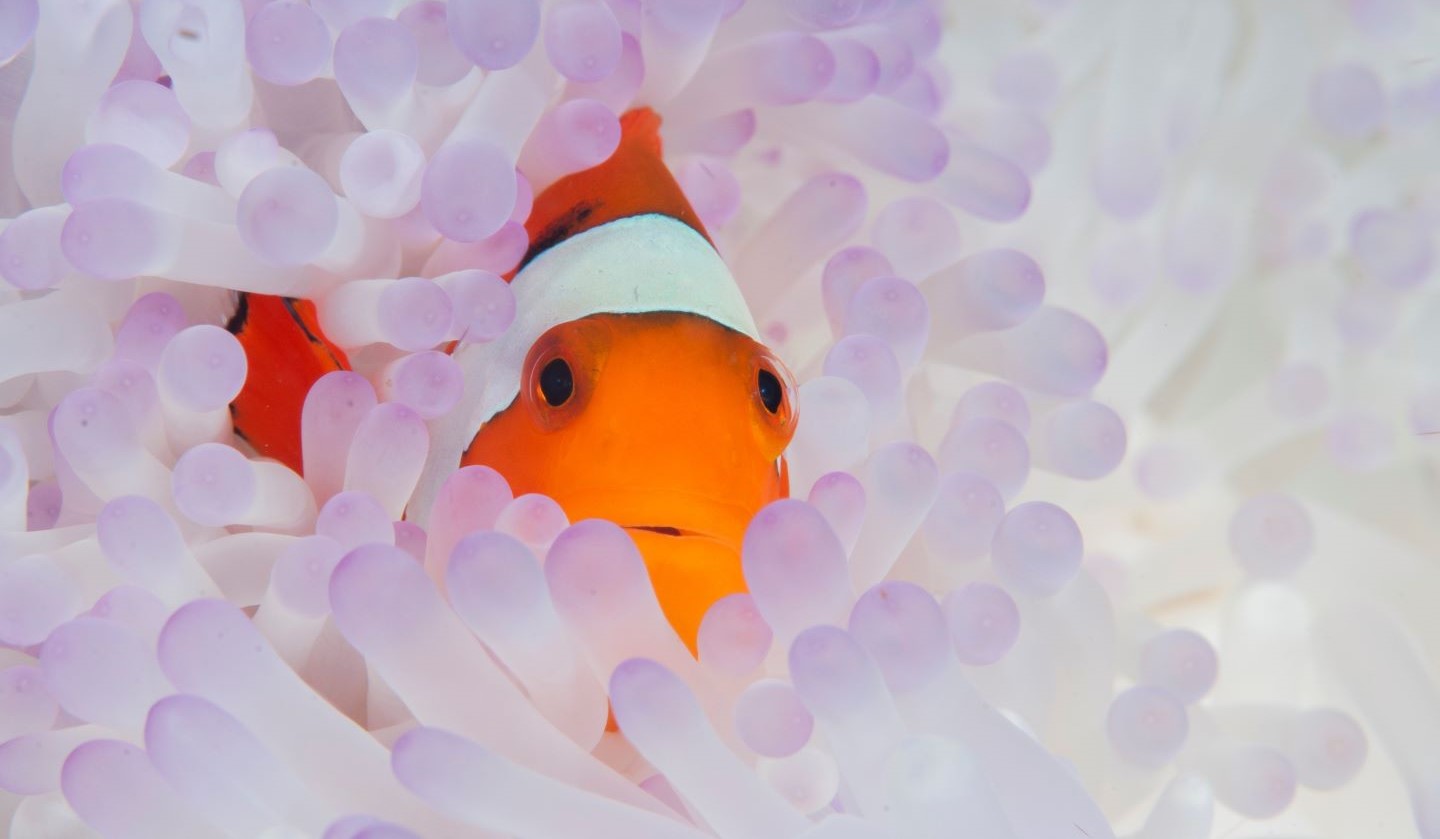